THE BRECON AND MONMOUTHSHIRE CANAL

Canals were a revolutionary transport system that enabled heavy cargoes of up to 20 tonnes to be towed by a single horse. The Brecon and Abergavenny Canal opened in 1800 and by 1812 having joined the Monmouthshire Canal it was possible to travel from Brecon to the docks at Newport. The main source of water still remains the river Usk. The canal contributed to the development of Talybont initially for the transport of coal and limestone. It gave easier access to Brecon to the west and settlements eastwards and quickly mixed cargoes were transported – pleasure craft soon followed. 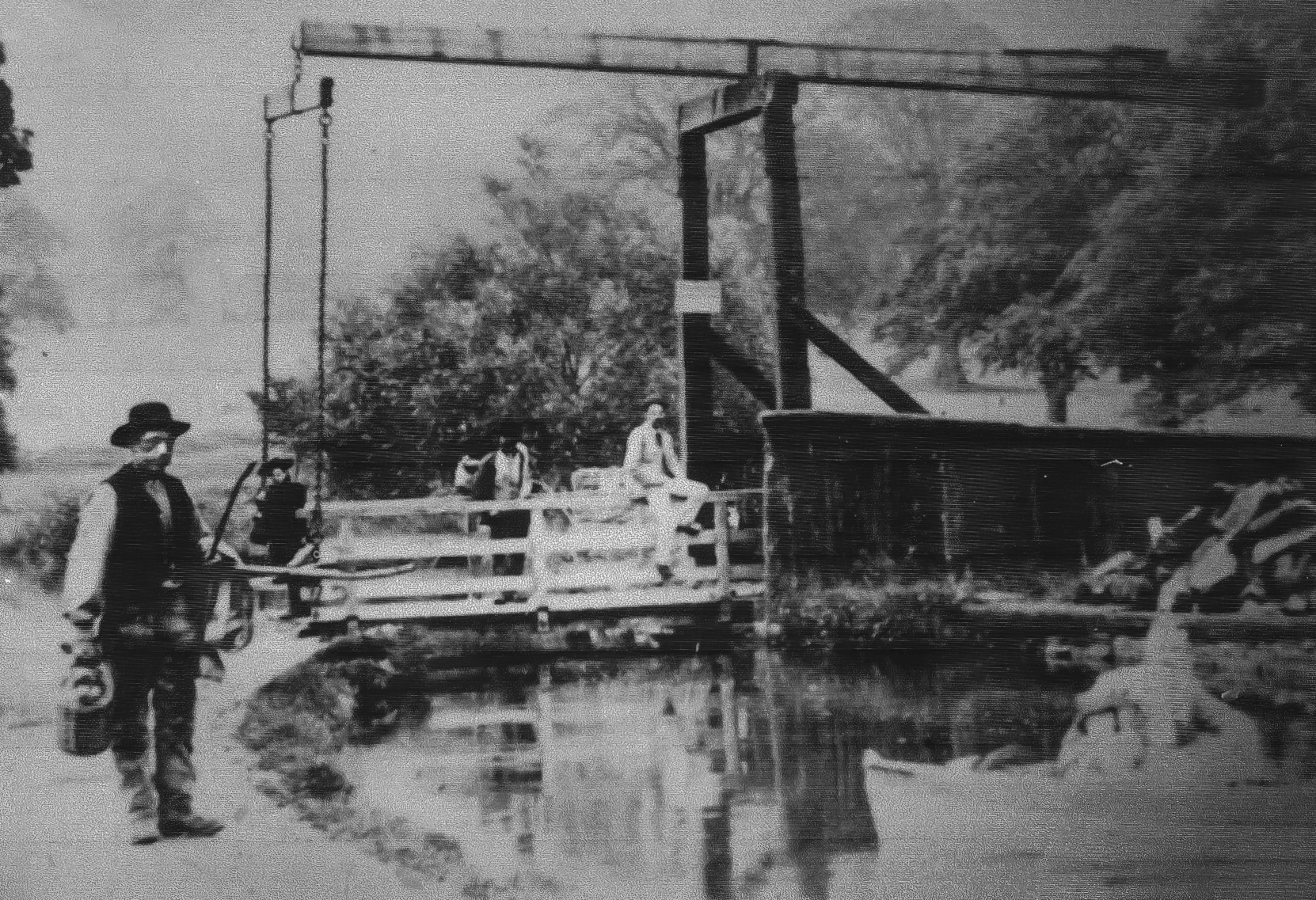 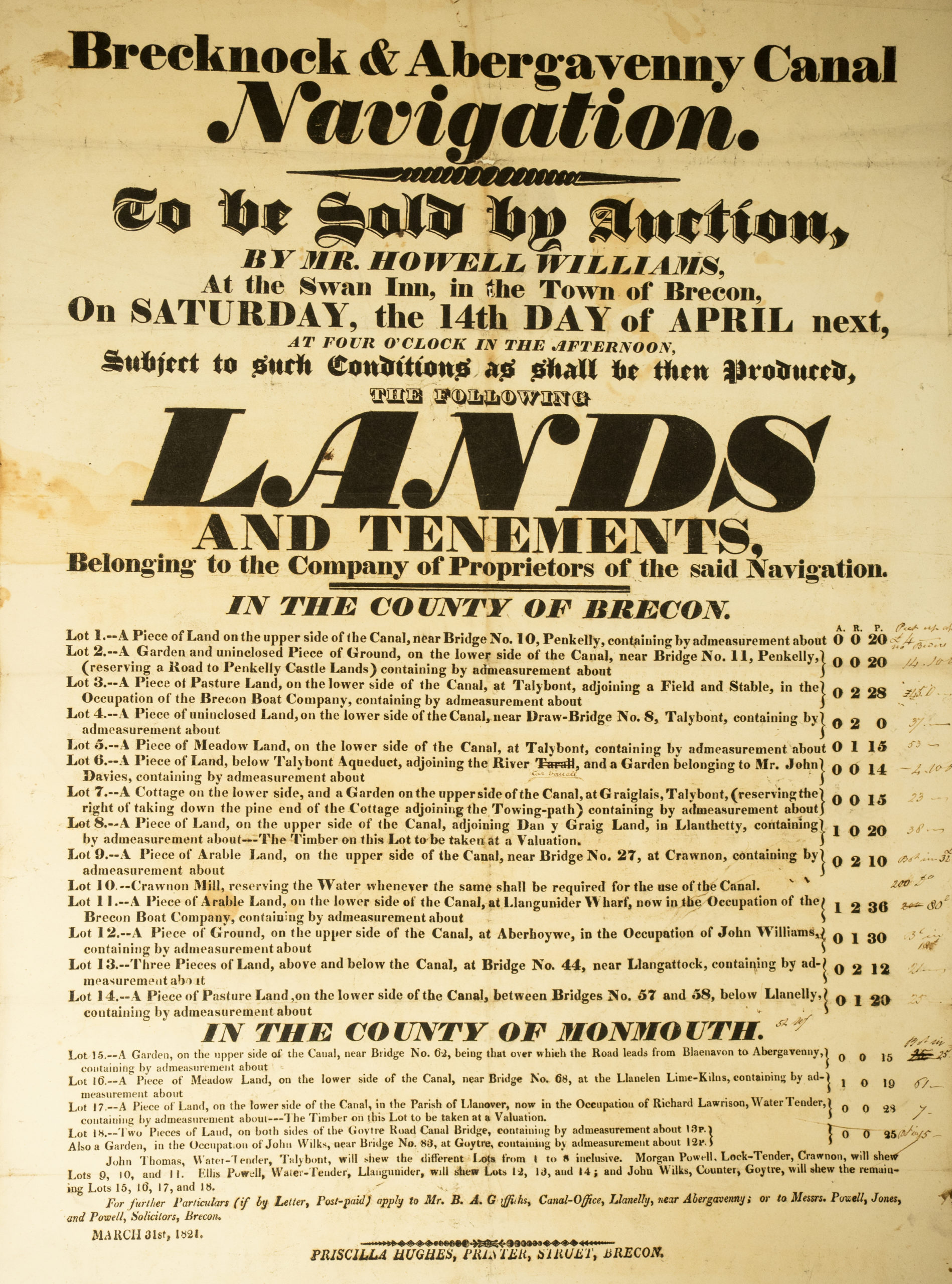 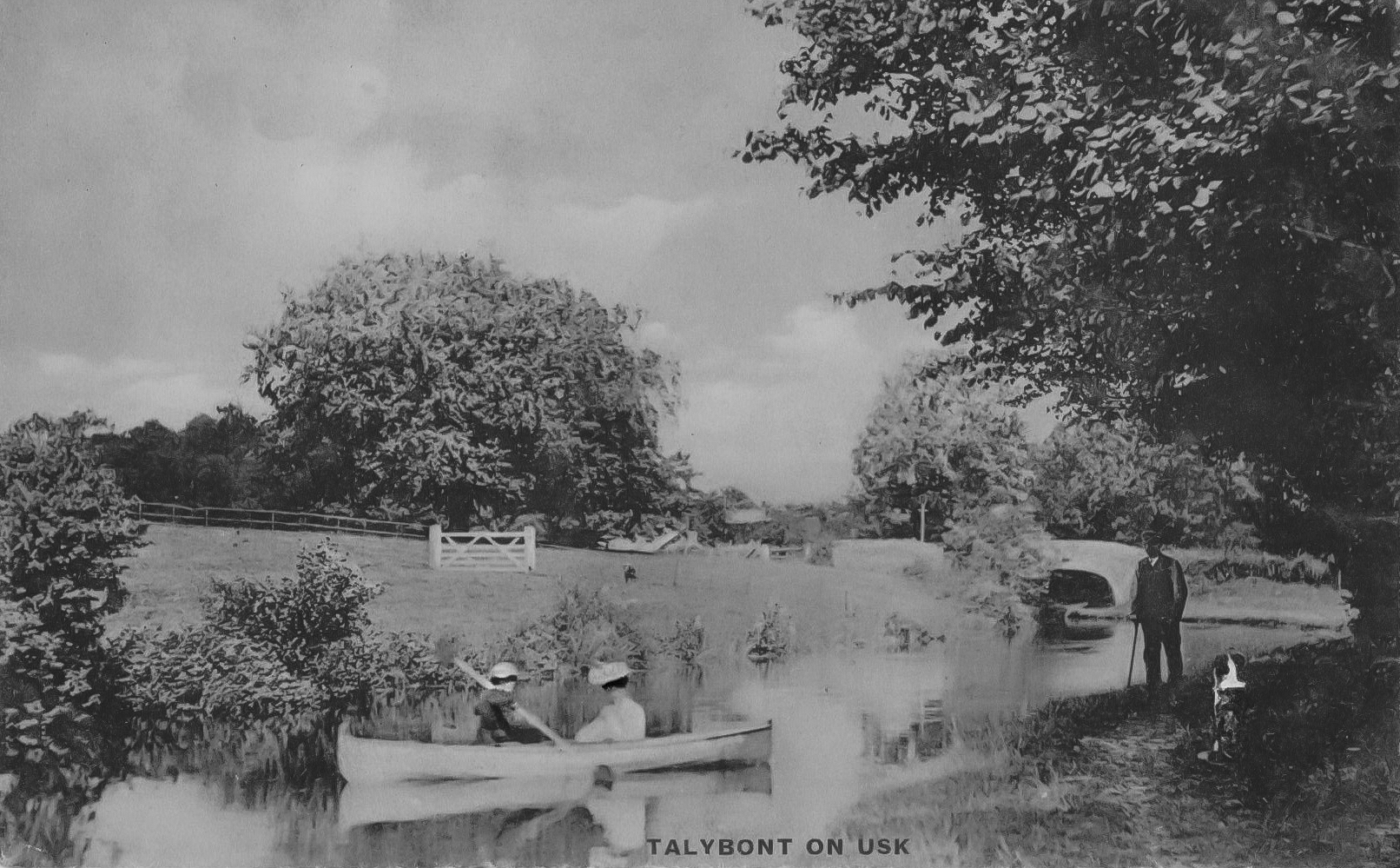 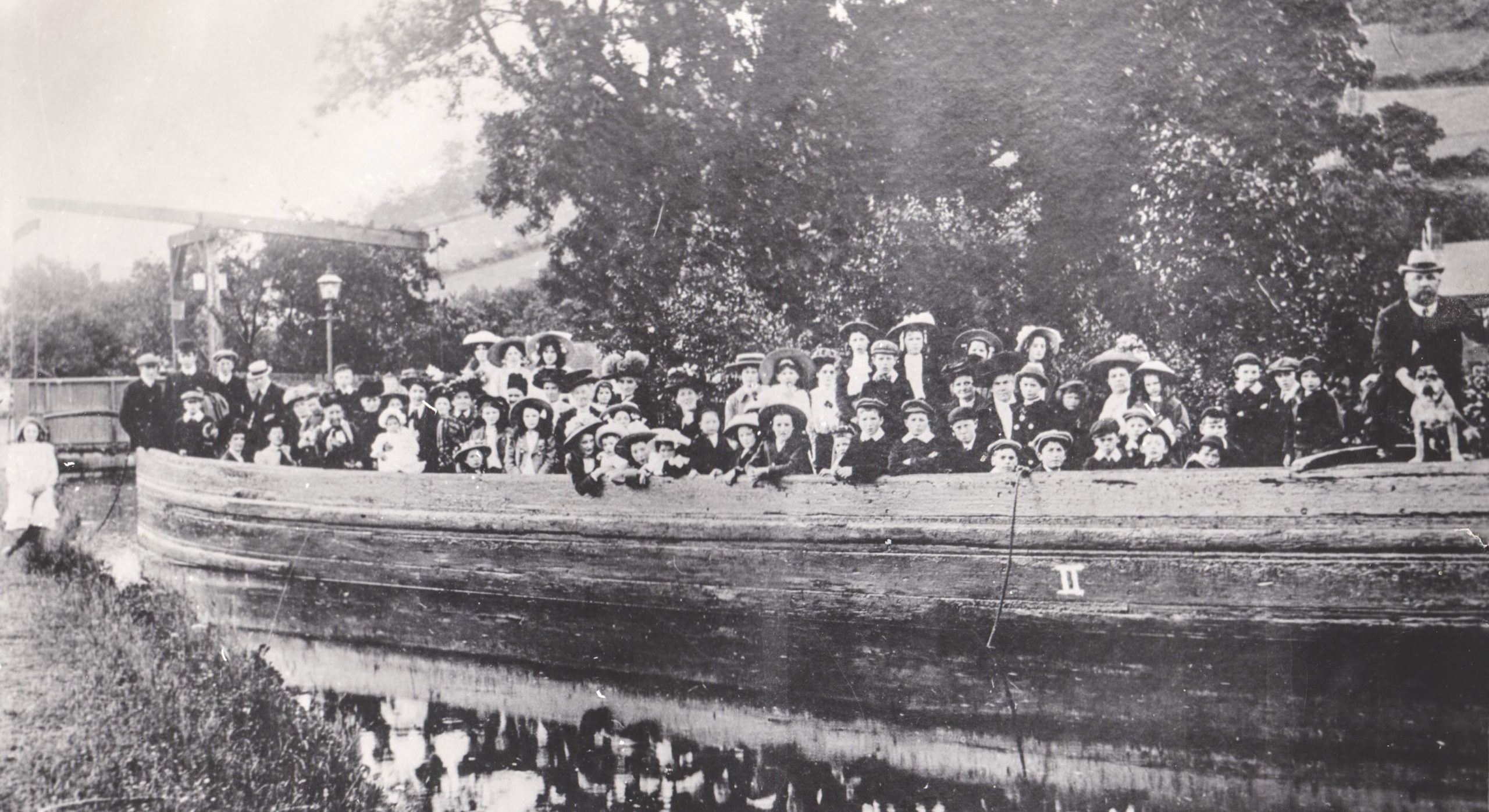 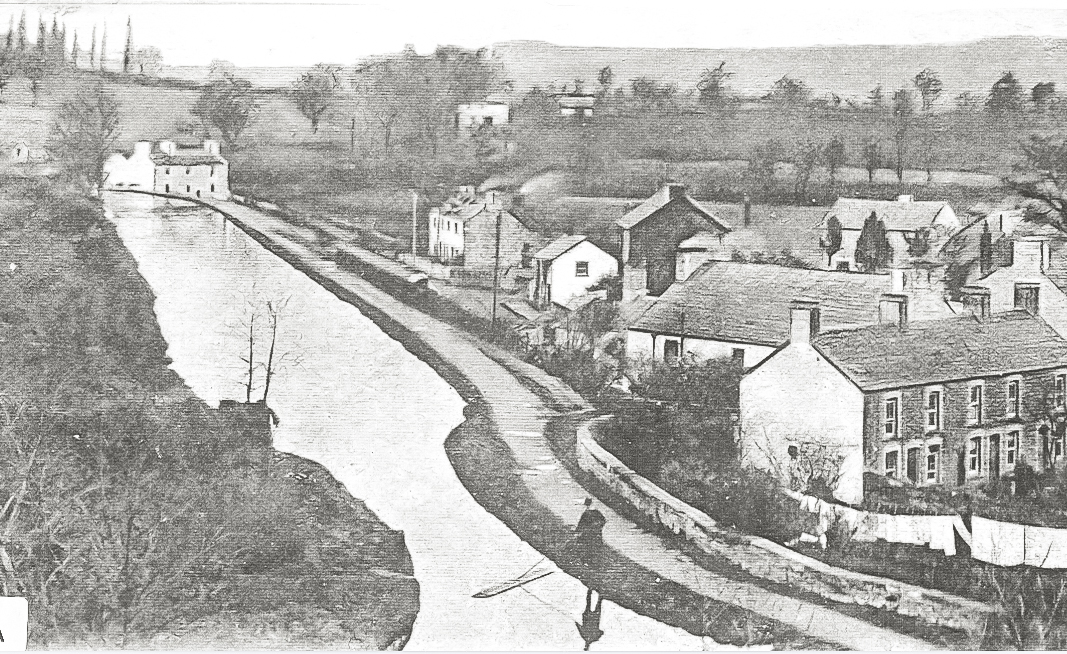 View of Talybont from the canal 1930’s 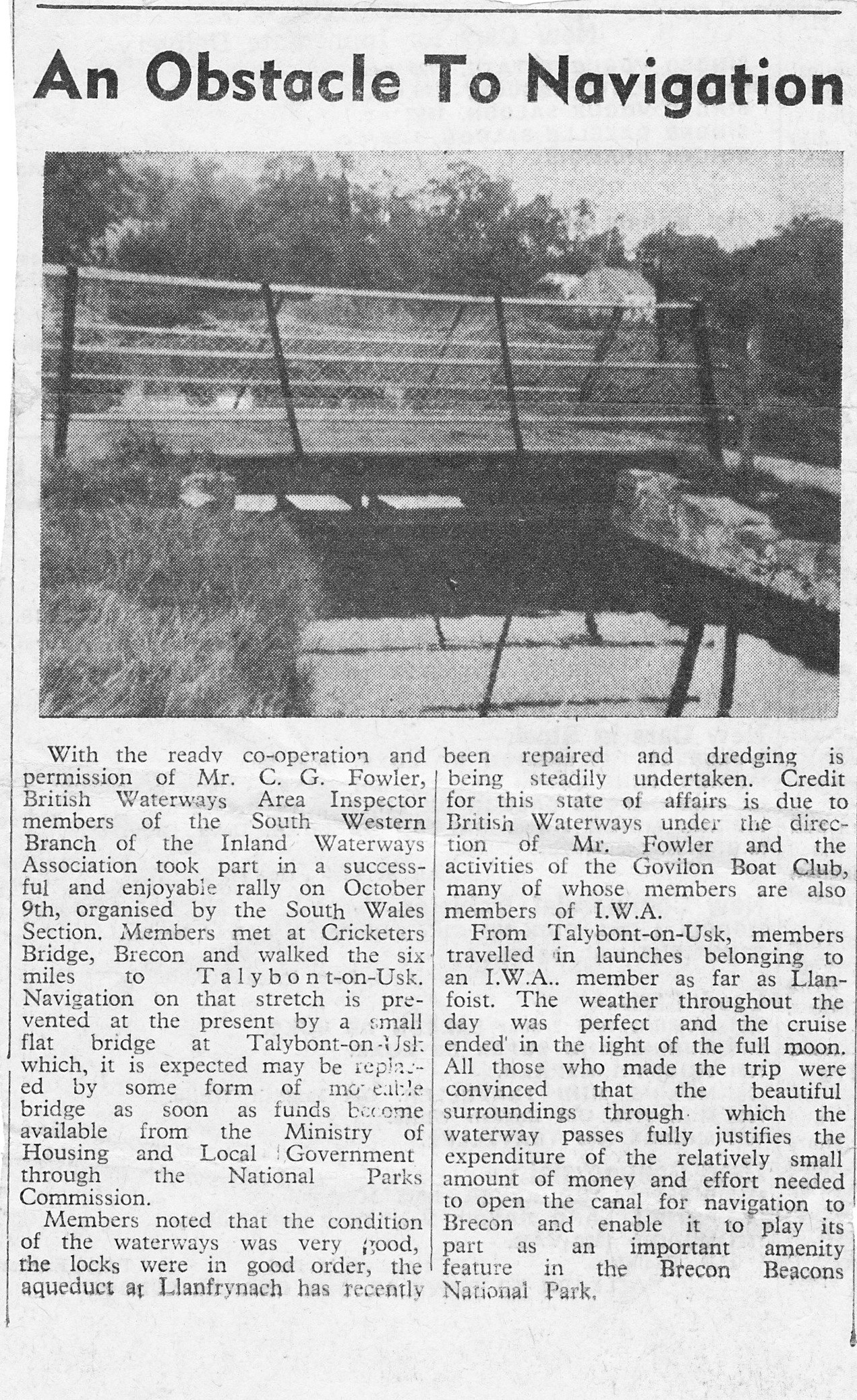 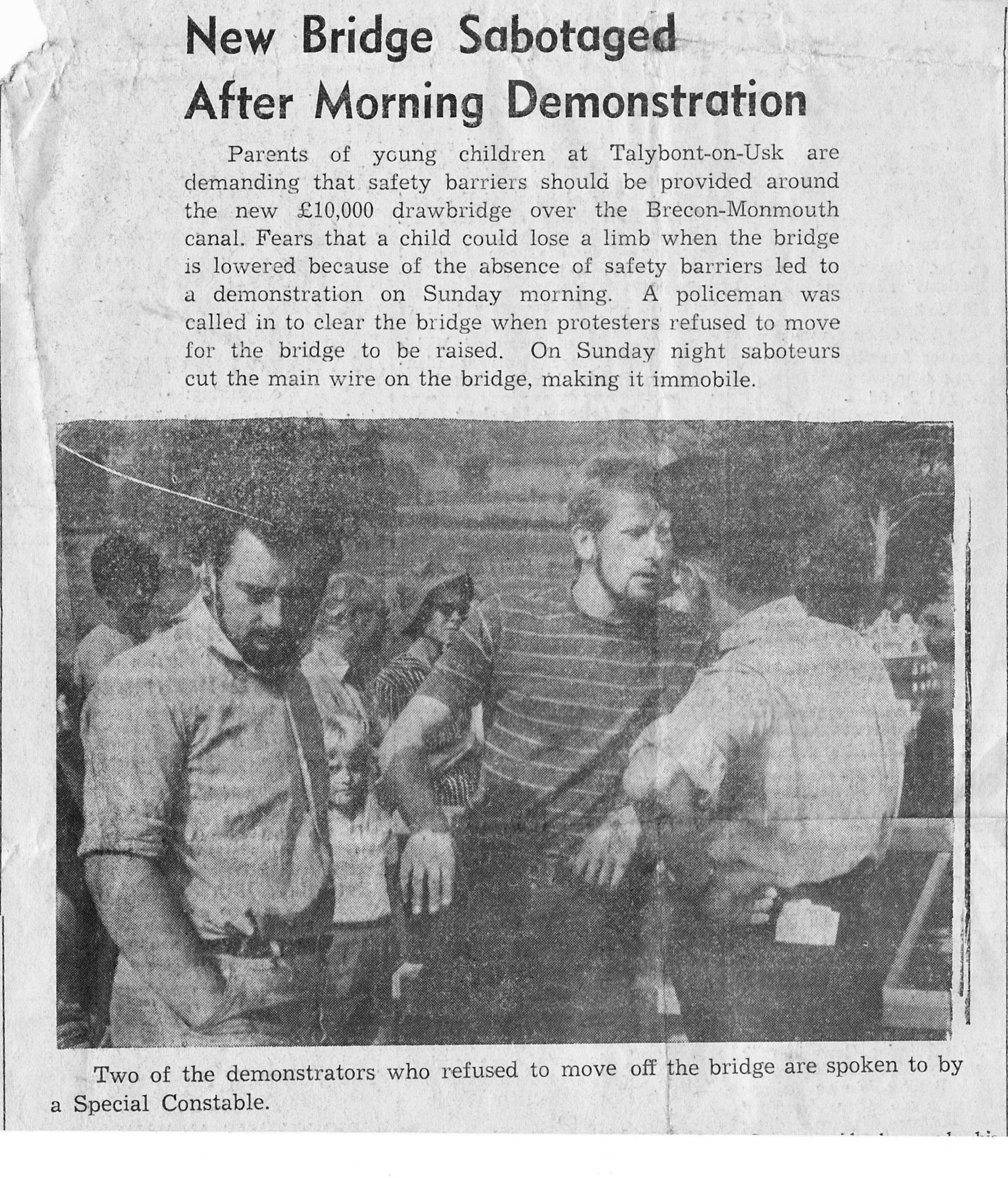 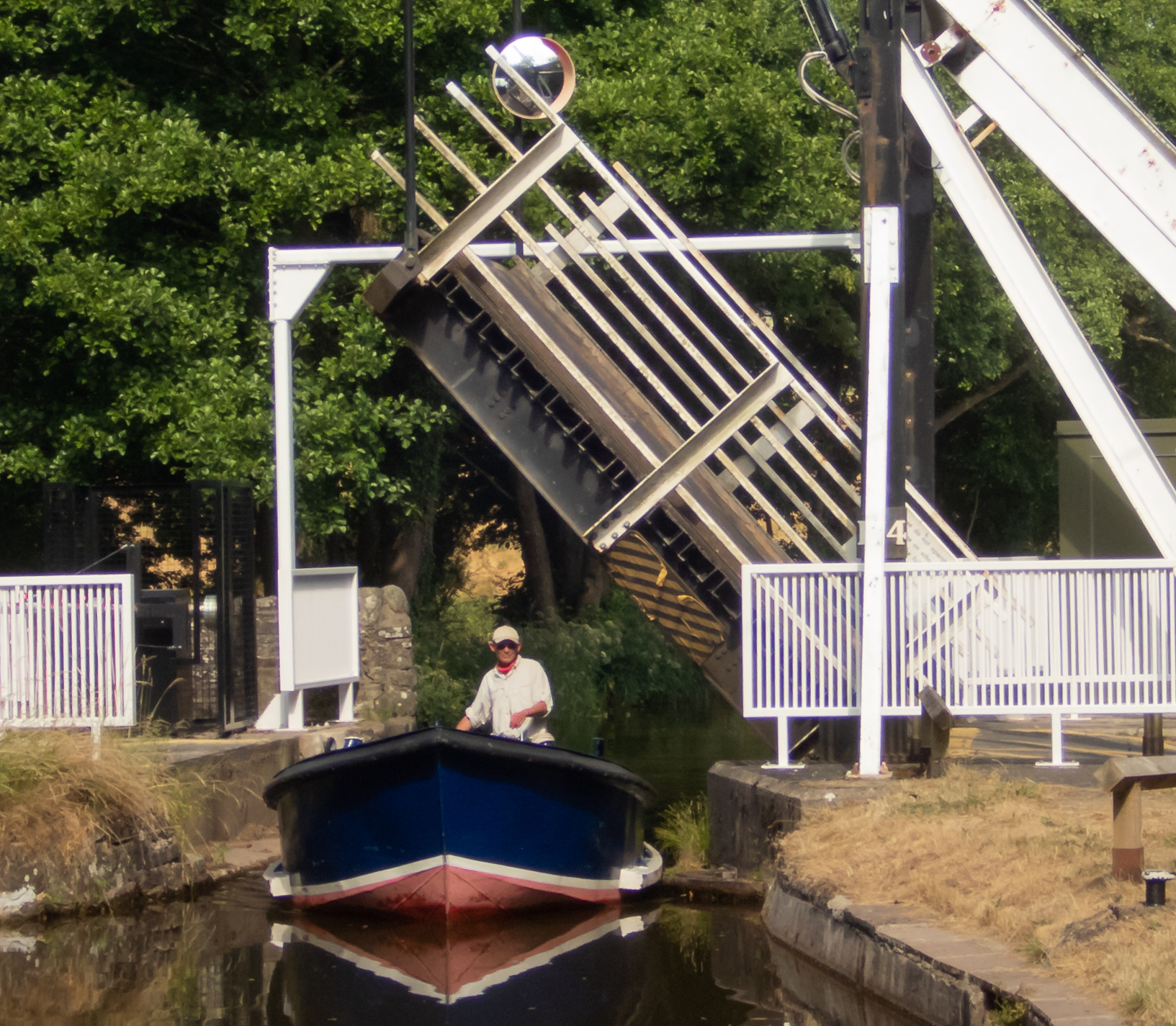 In 1865 the canal was taken over by the Monmouthshire Railway and Canal Company which in turn became part of the Great Western Railway. The wording “Heavy Motor Car” referred to motorised  commercial vehicles (carriages) and the blank rectangles had lead inserts displaying the maximum weight for that particular bridge. At the base the address for GWR is displayed with each sign supported. by a length of rail. 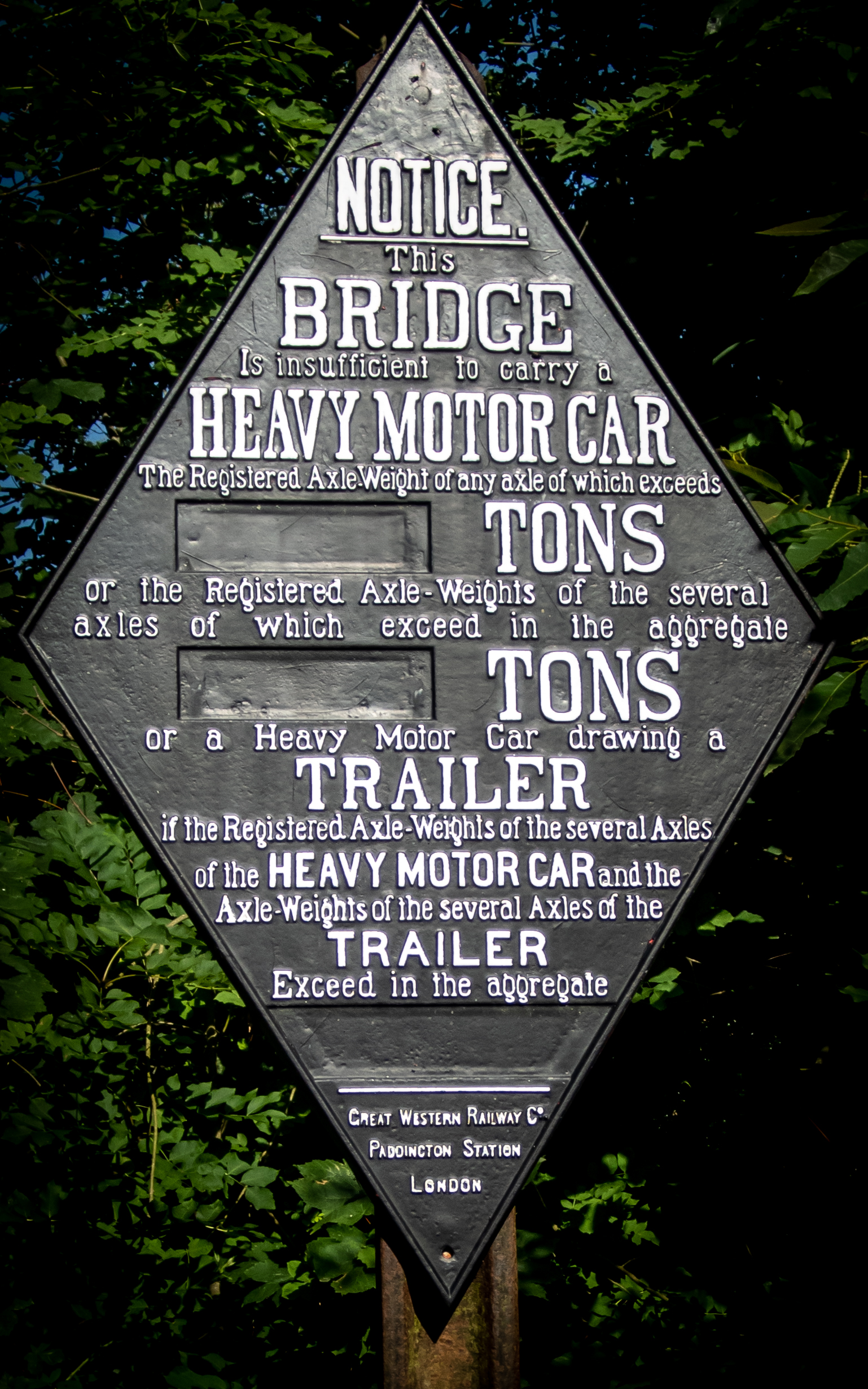 During the evening of 8th December 1994 a culvert, which passes under the canal and road carrying water to Talybont mill from the main Caerfanell river, collapsed causing a breach in the embankment. This in turn allowed thousands of litres of water to cascade into the village flooding nearby properties including the Star Inn. 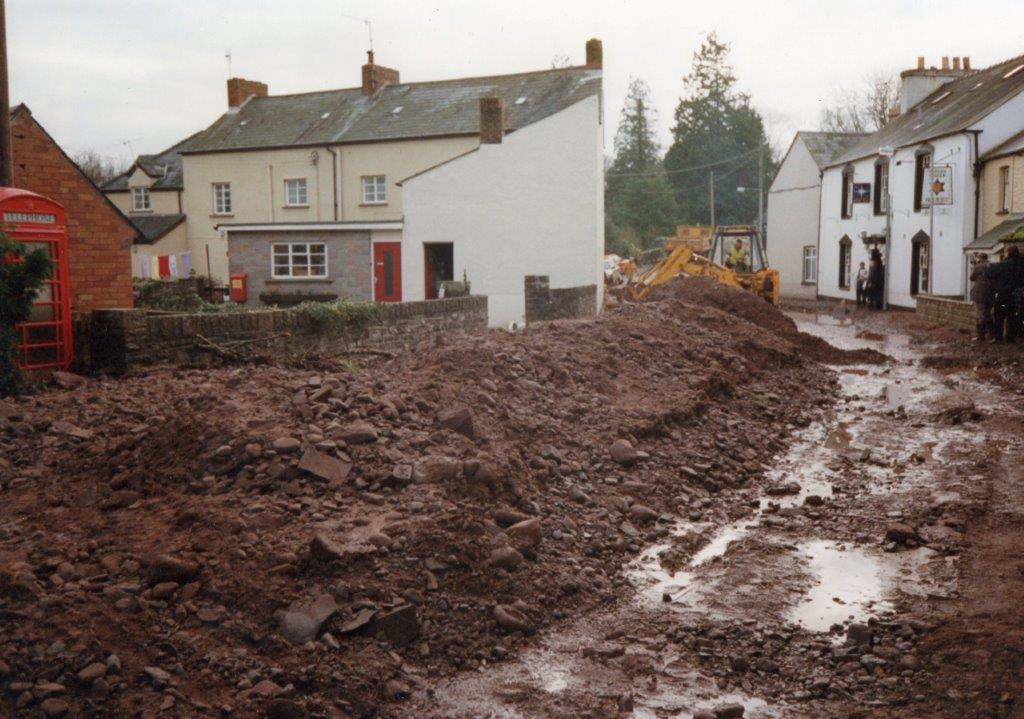 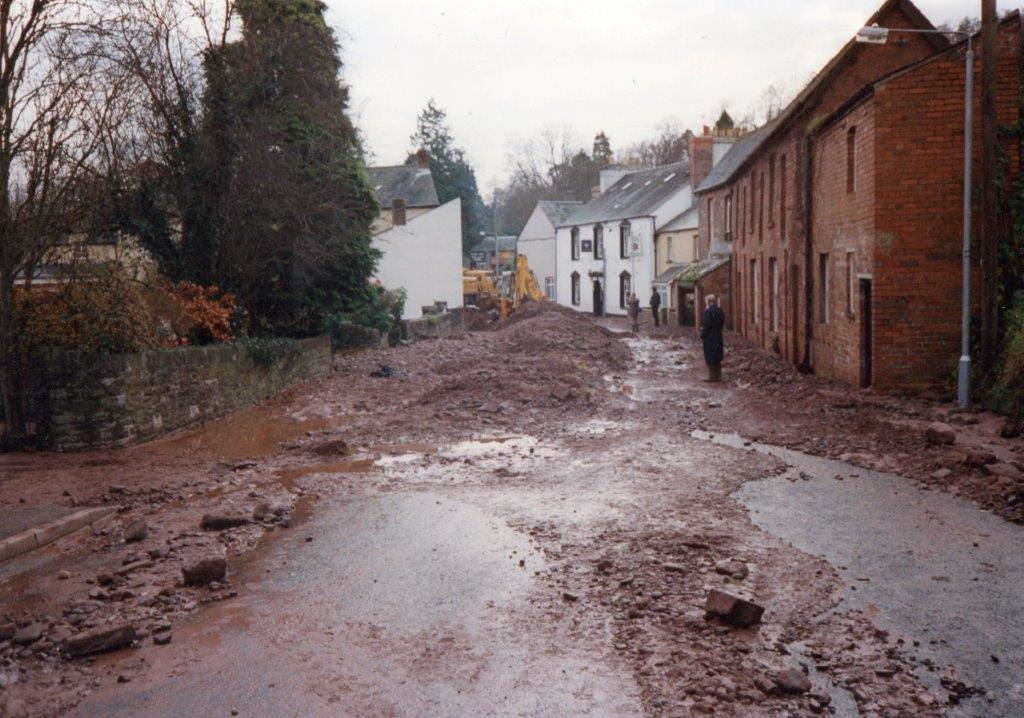 Limestone was a vital material brought to Talybont on the Brinore Tram Road from Trevil 8 miles to the south for transporting on the canal. Before it could be used for agriculture, mortar or coatings for buildings it had to be burnt in layers with coal to reduce into a fine usable powder. The immediate product was very caustic quicklime that had to be transported in barrels.  Records were kept in the adjacent Counting House which still exists as a dwelling. 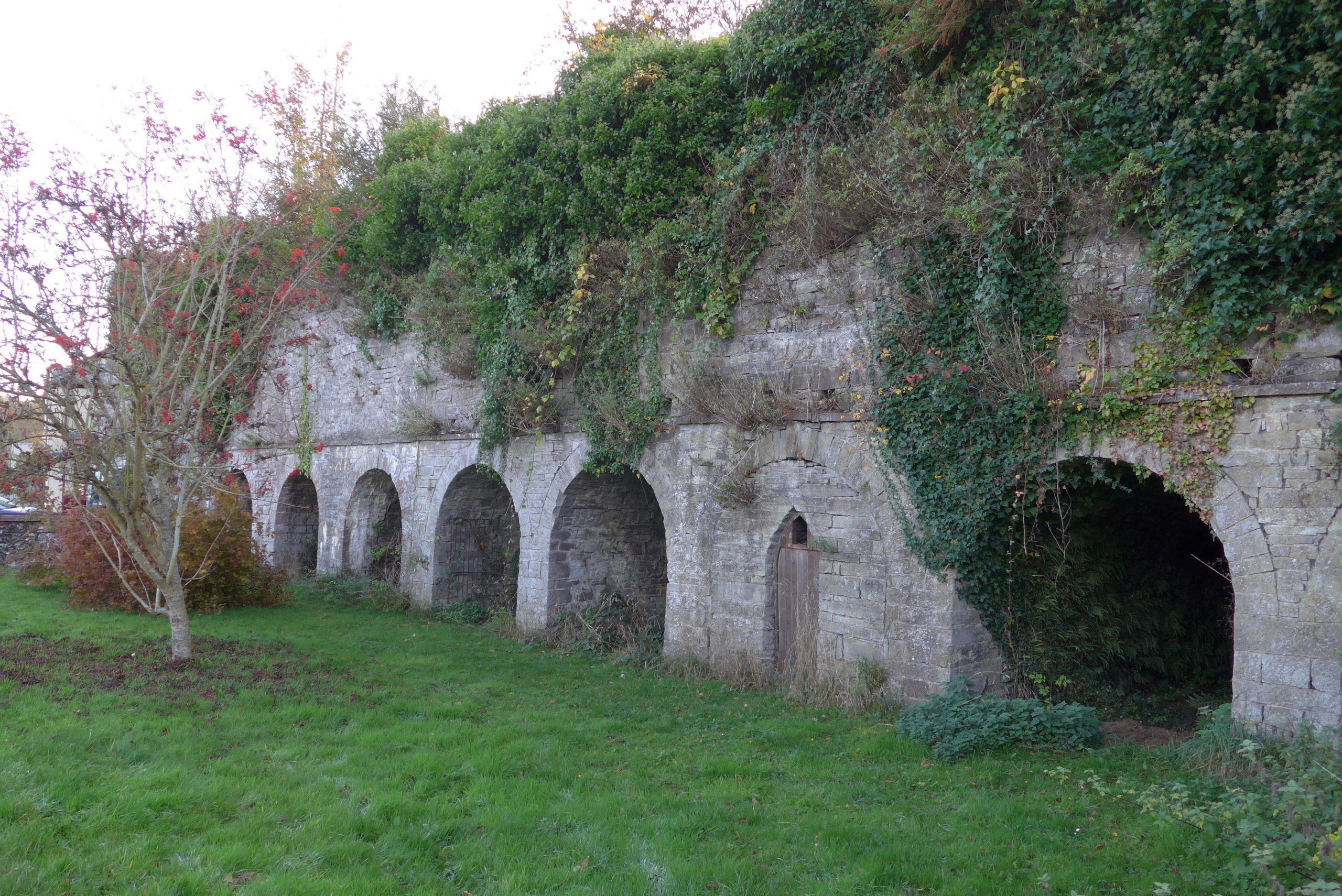 The lime kilns at Brynhyfryd 2018 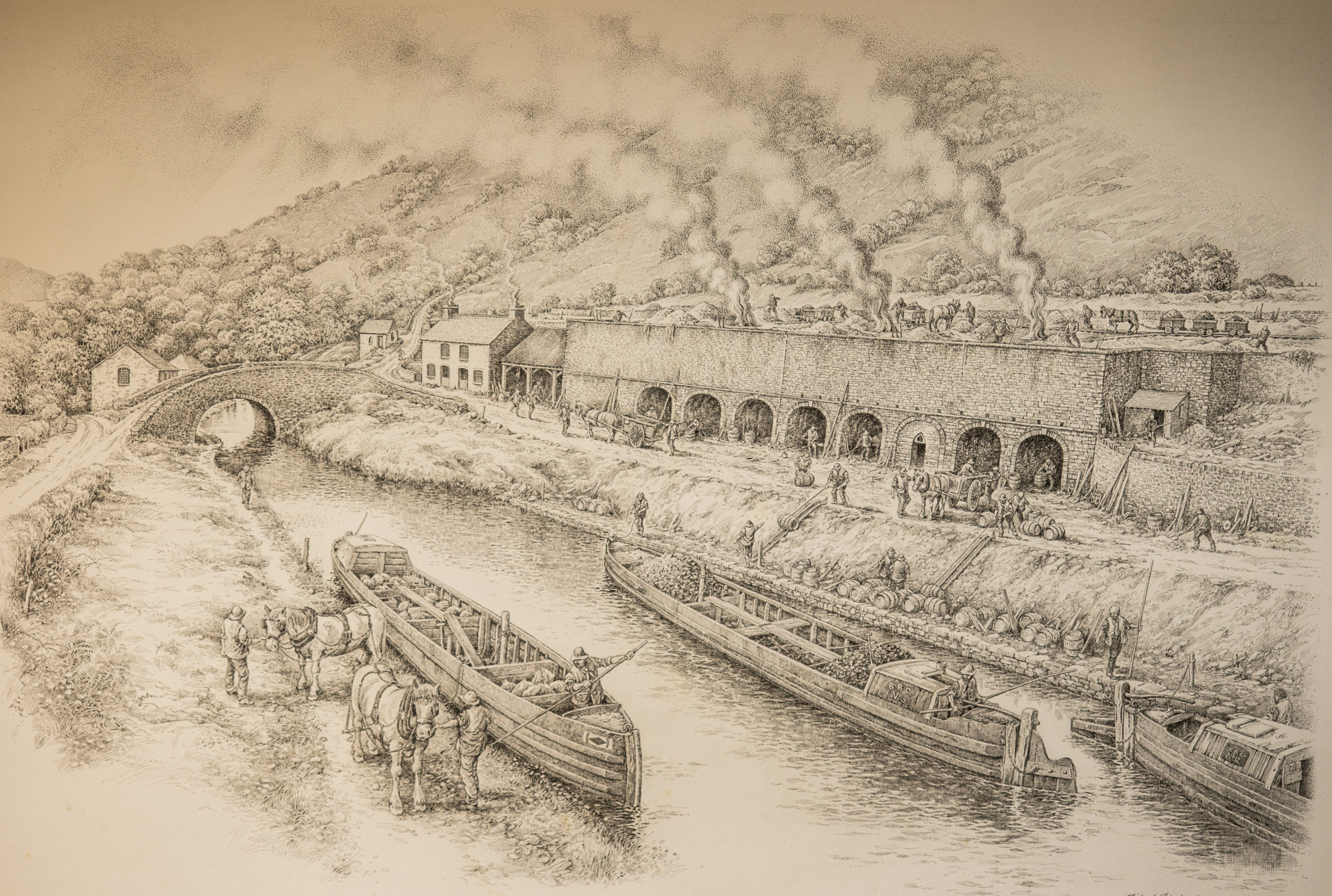 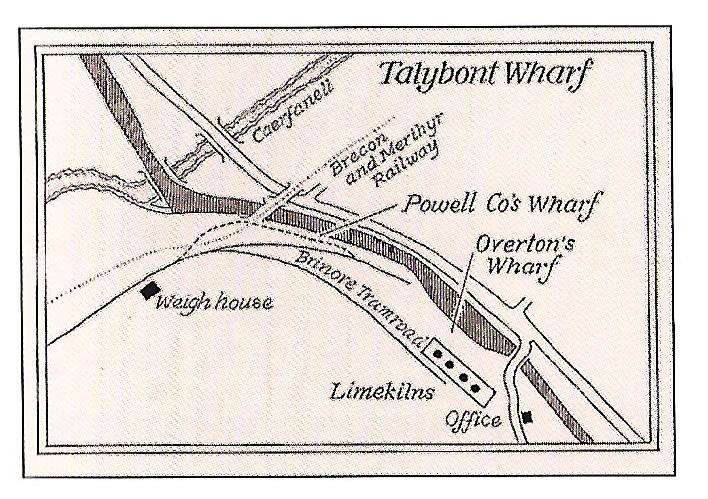 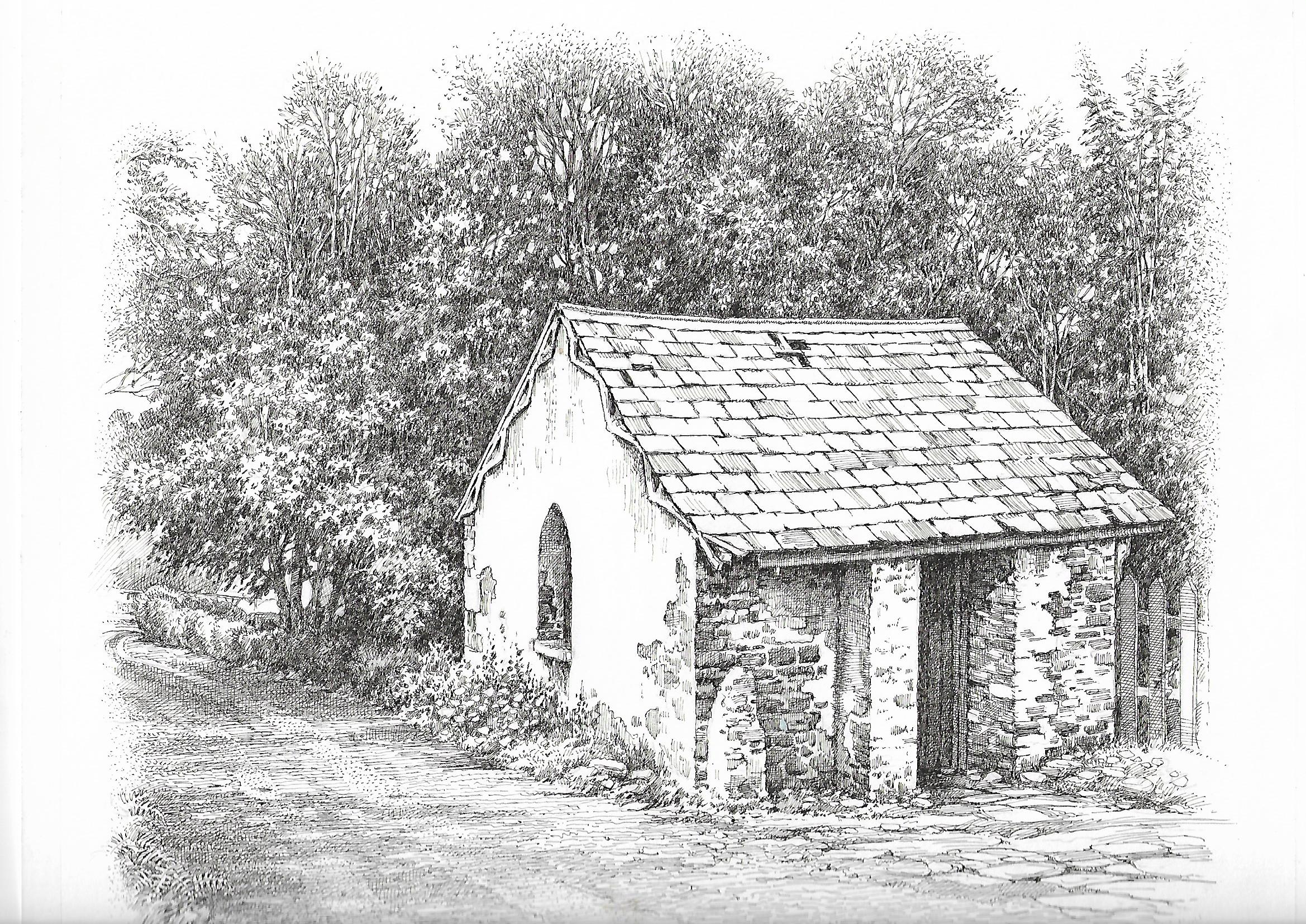 The Counting House for the Brinore Tram Road Company 1850’s

Limestone and coal were in great demand but were 8 and 13 miles south respectively from the canal. The answer was to build a horse and gravity operated railway to allow an efficient connection that was completed in 1815. Trains of four trucks called trams, each carrying one and a half to two tonnes, were drawn by a pair of horses attended by two hauliers. The trams ran on cast iron L shaped rails held apart by tie bars buried in gravel ballast to create an even surface for the horses. Passing places called turnouts were established every half mile. Gravity allowed some freewheeling down the long slope approaching the canal. Being a toll system trams were weighed and an appropriate charge made dependant on the material being carried. The coming of the railway in 1863 led to the end of the line. 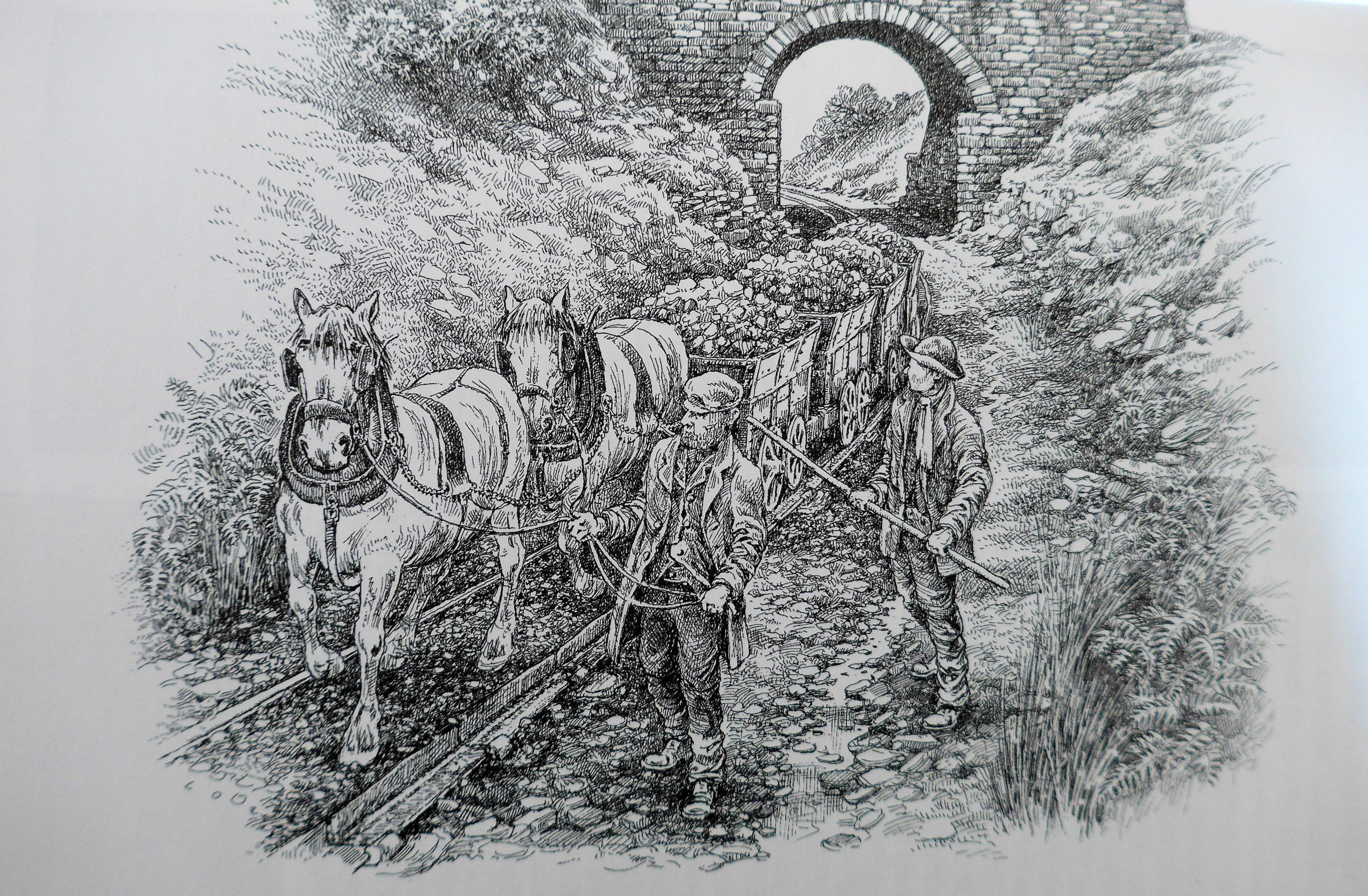 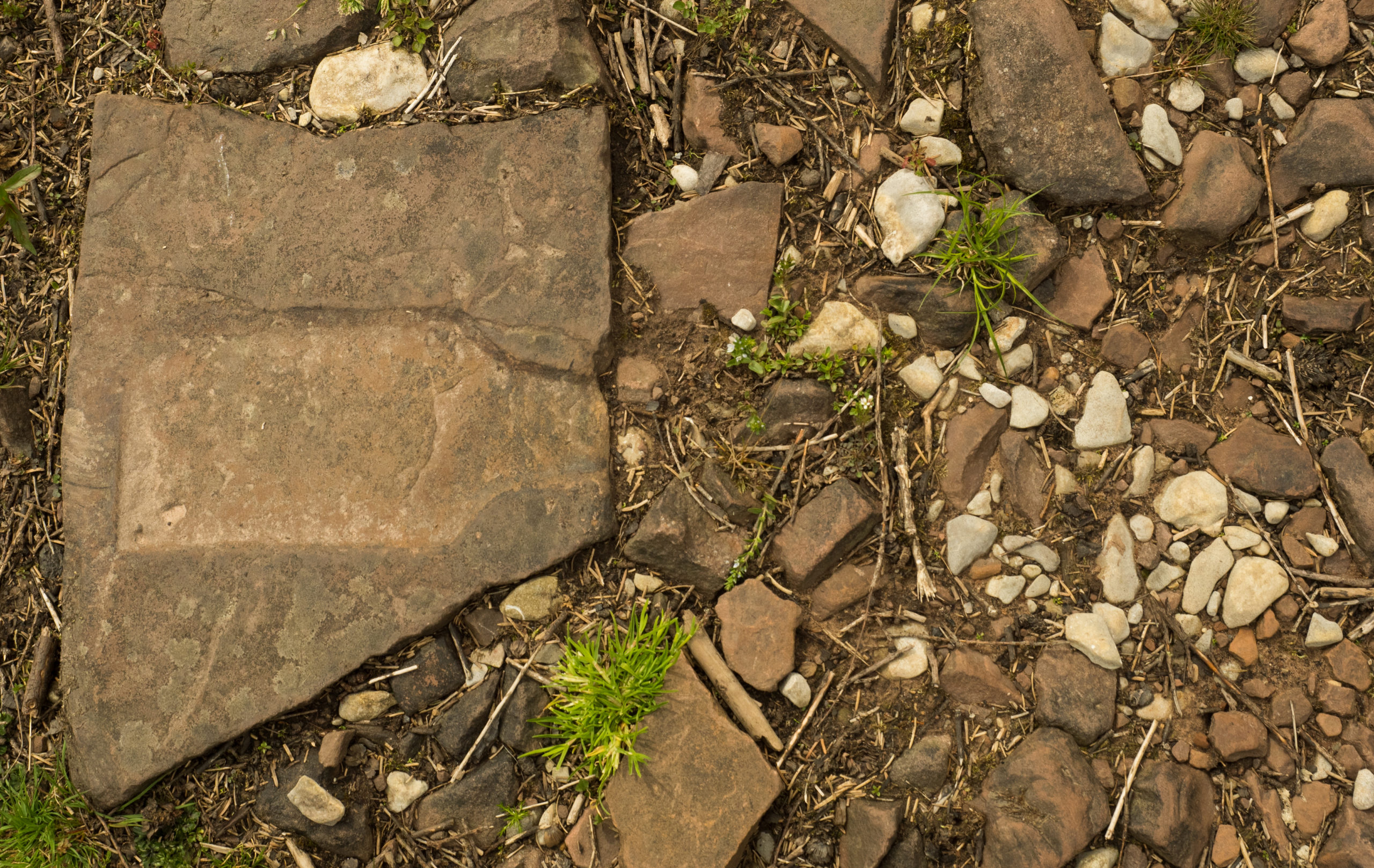 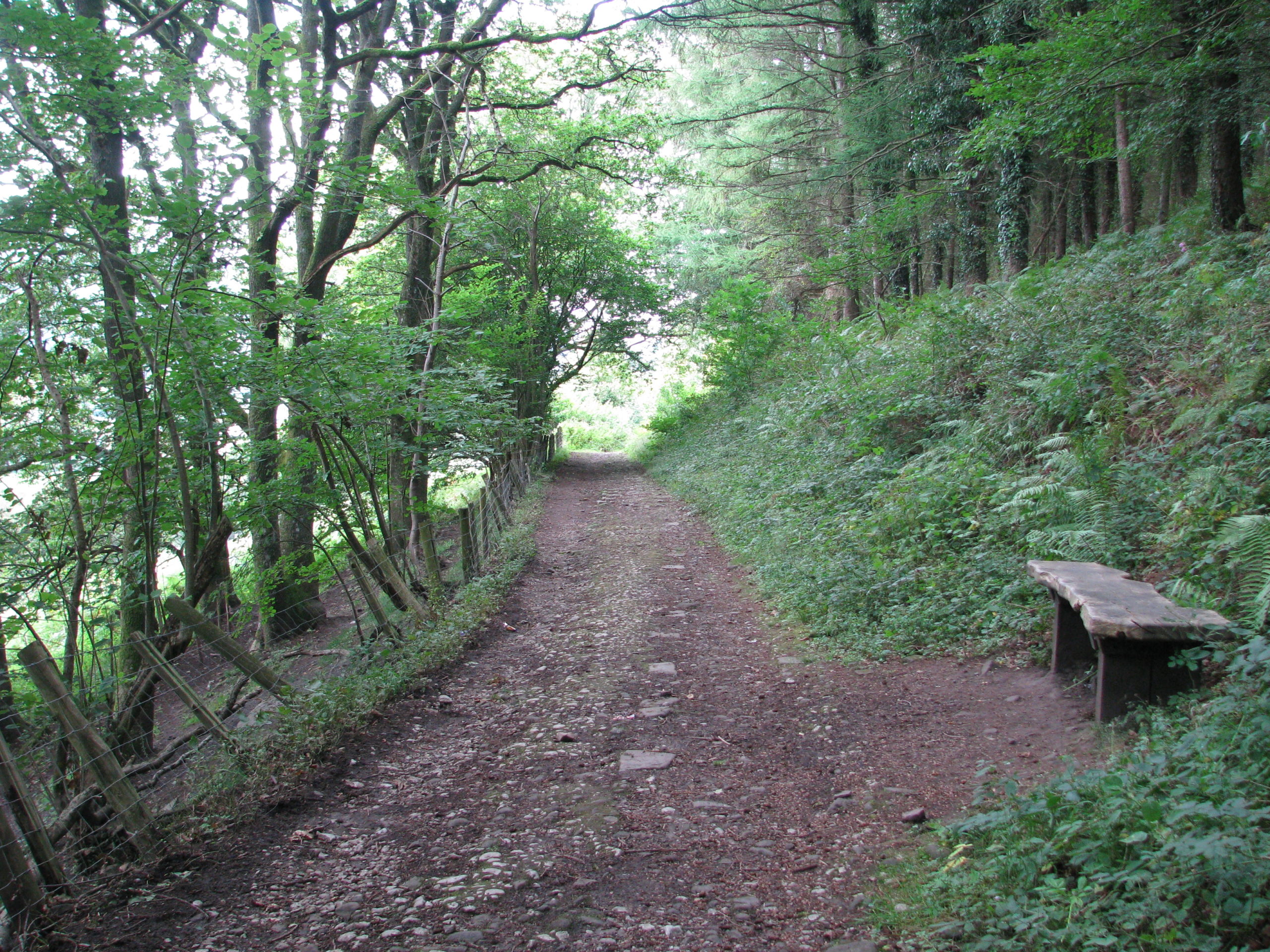 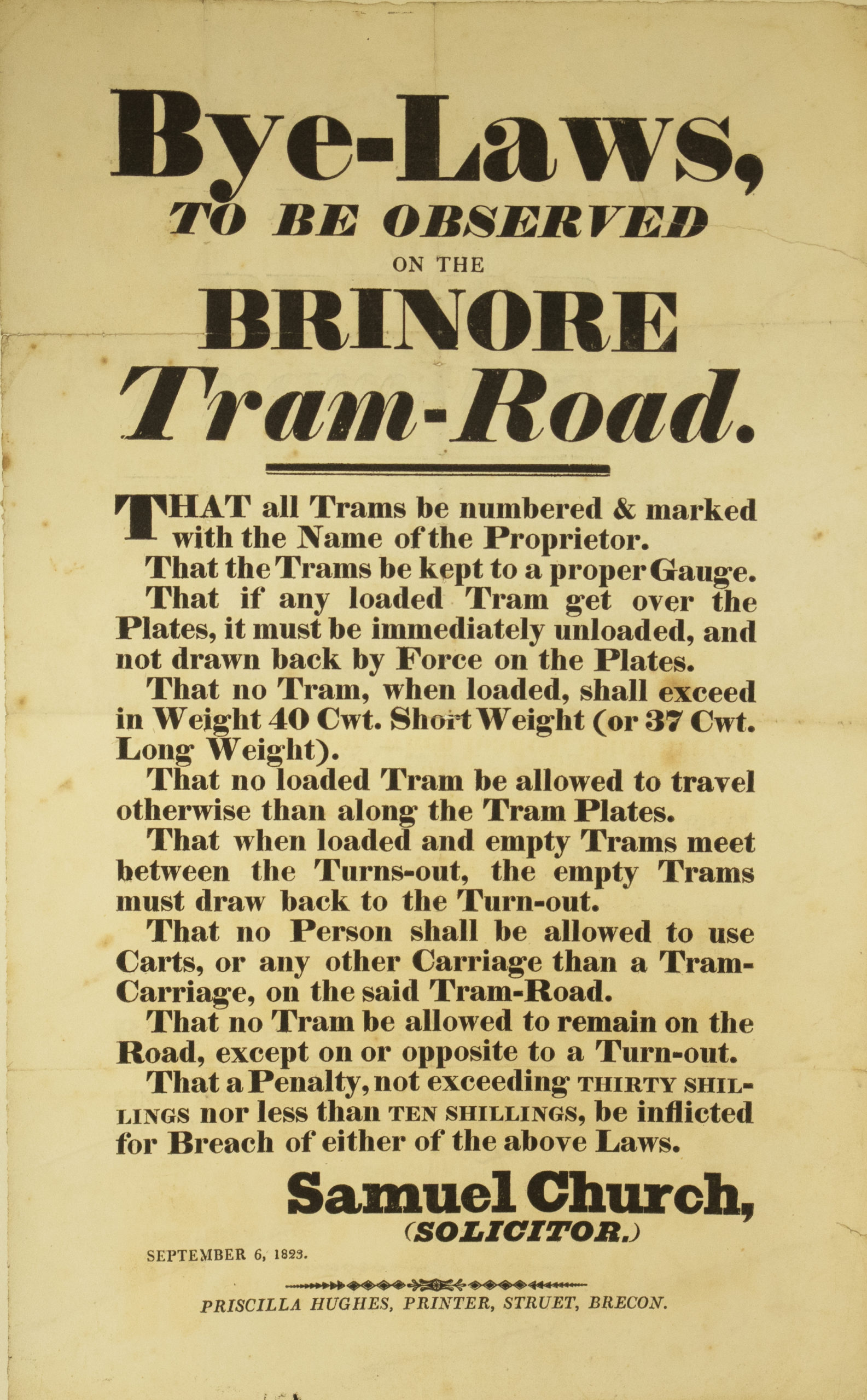 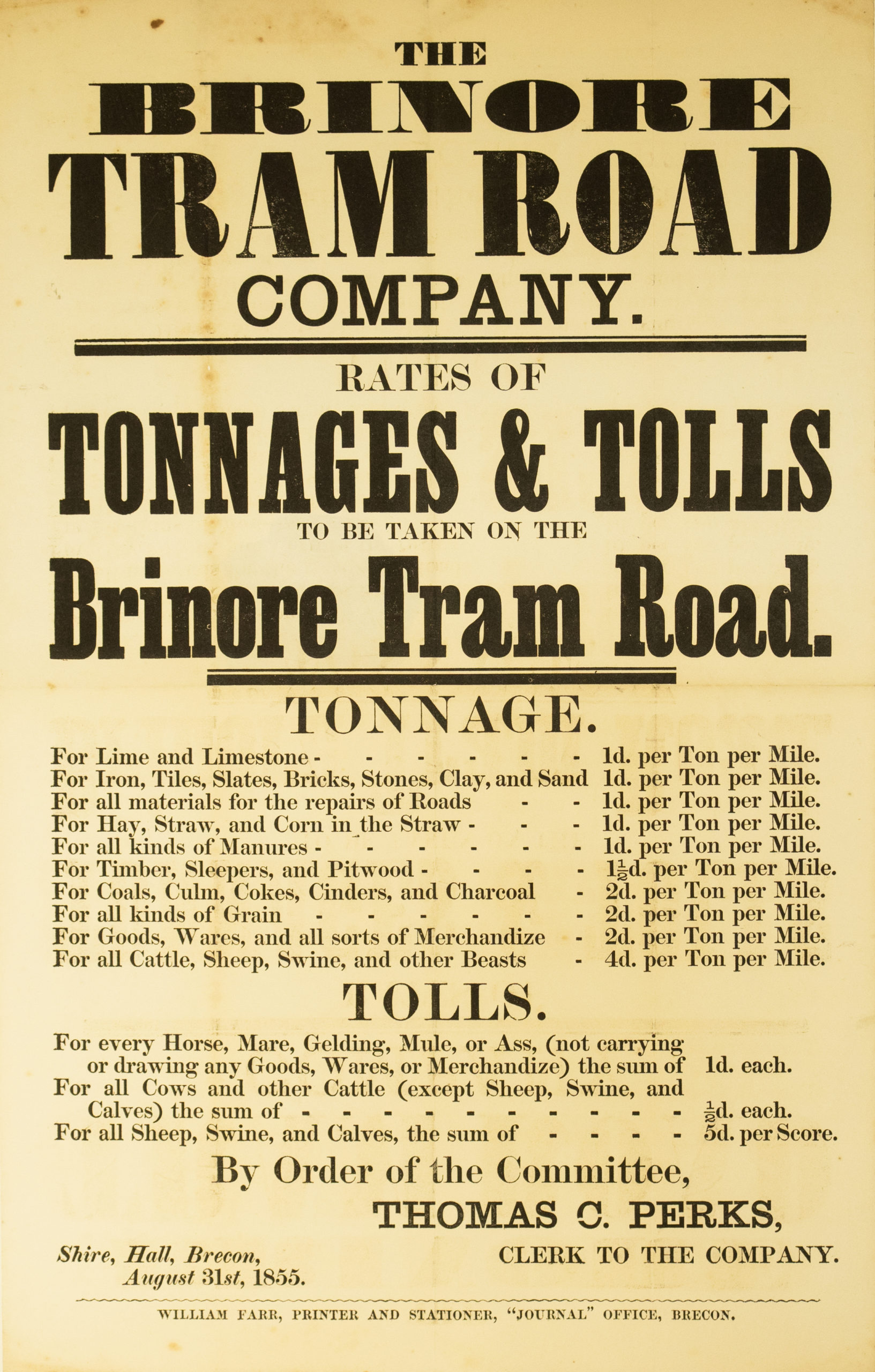 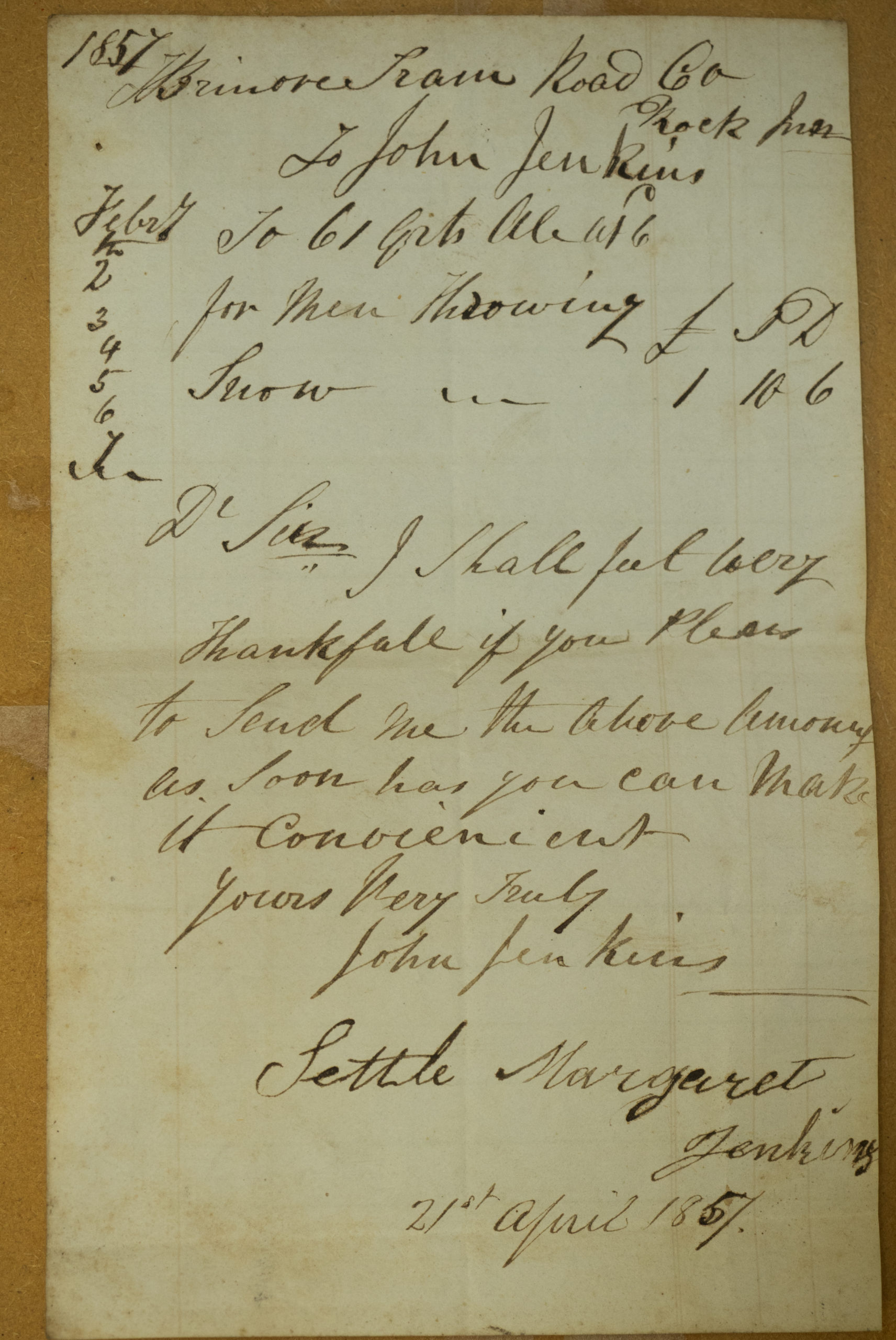 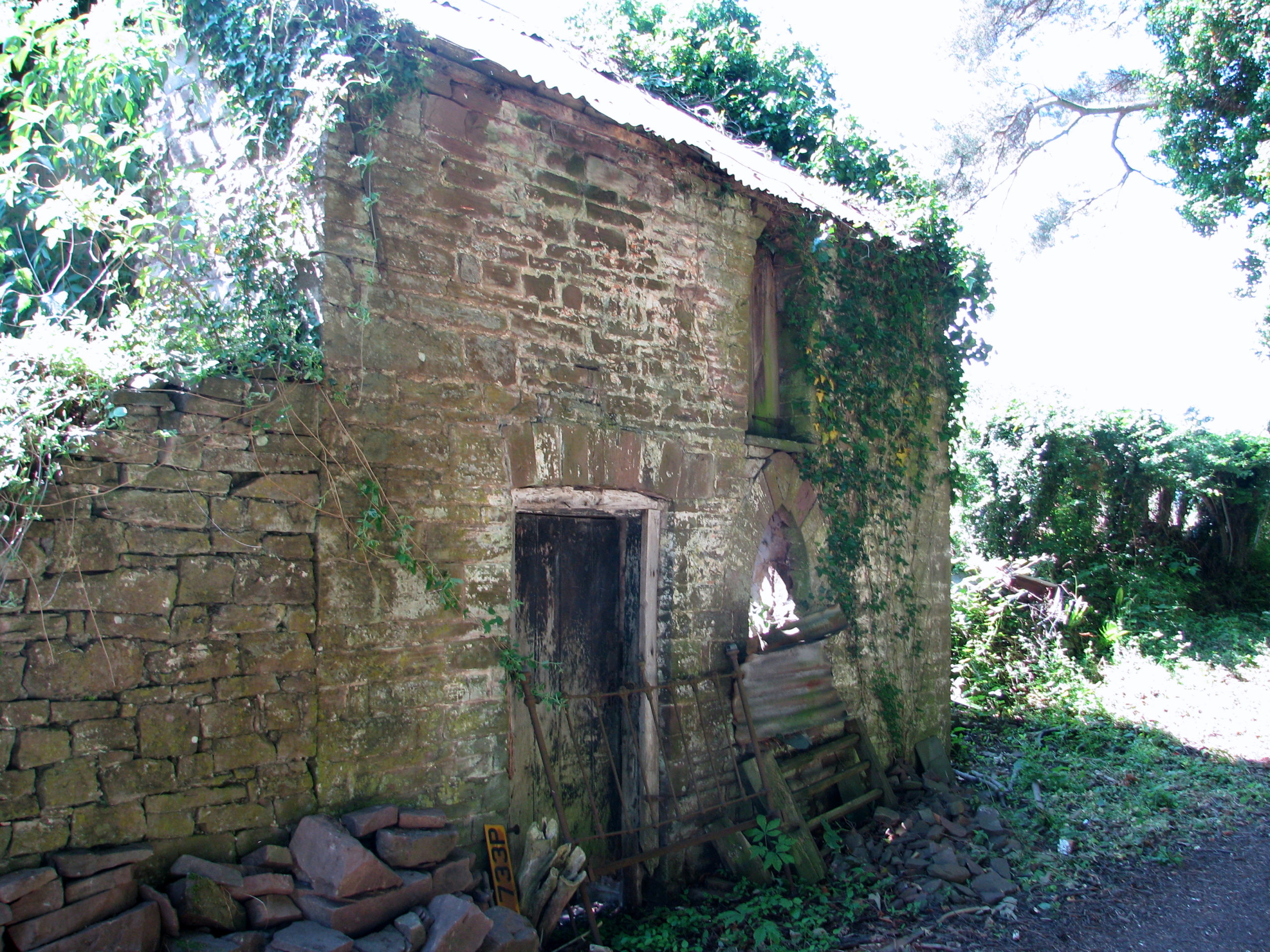 Opened in 1863 this railway initially connected Brecon with Dowlais near Merthyr Tydfil. Within a few years it was possible to join with main lines and travel country wide. The route ran northwards from the summit tunnel at Torpantau down a steep seven mile bank through Talybont to Talyllyn Junction then west to Brecon or northwards to Hereford. Station Road leading to the station was created plus a road bridge across the Usk which gave the first direct access to the A40. The presence of the railway provided work, the opportunity to travel for employment and taking material and produce to and from the booming markets in industrial South Wales. Tourism particularly from the heavily populated coal fields and iron works around Merthyr enabled shops, cafes, pubs and the Usk Hotel to flourish. 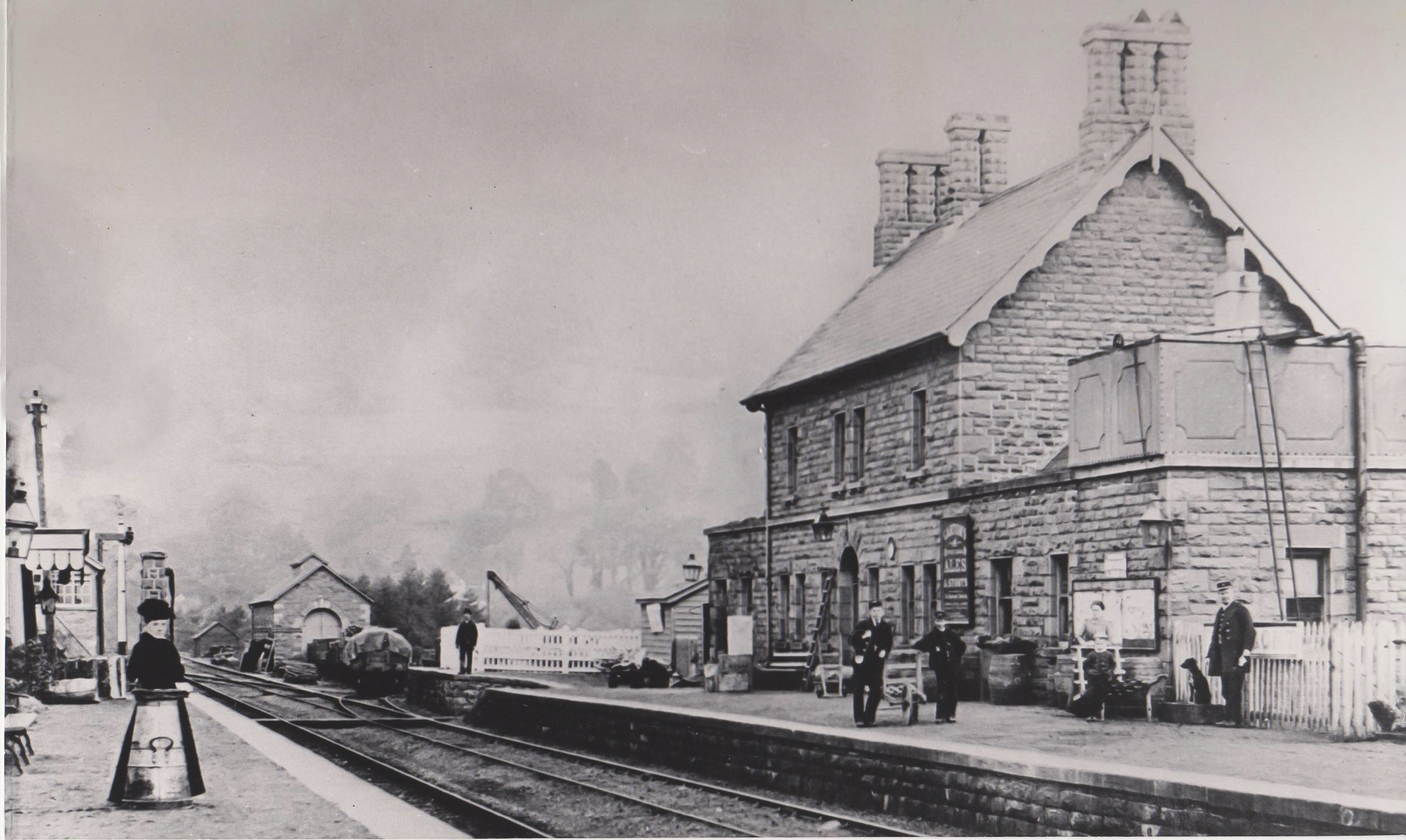 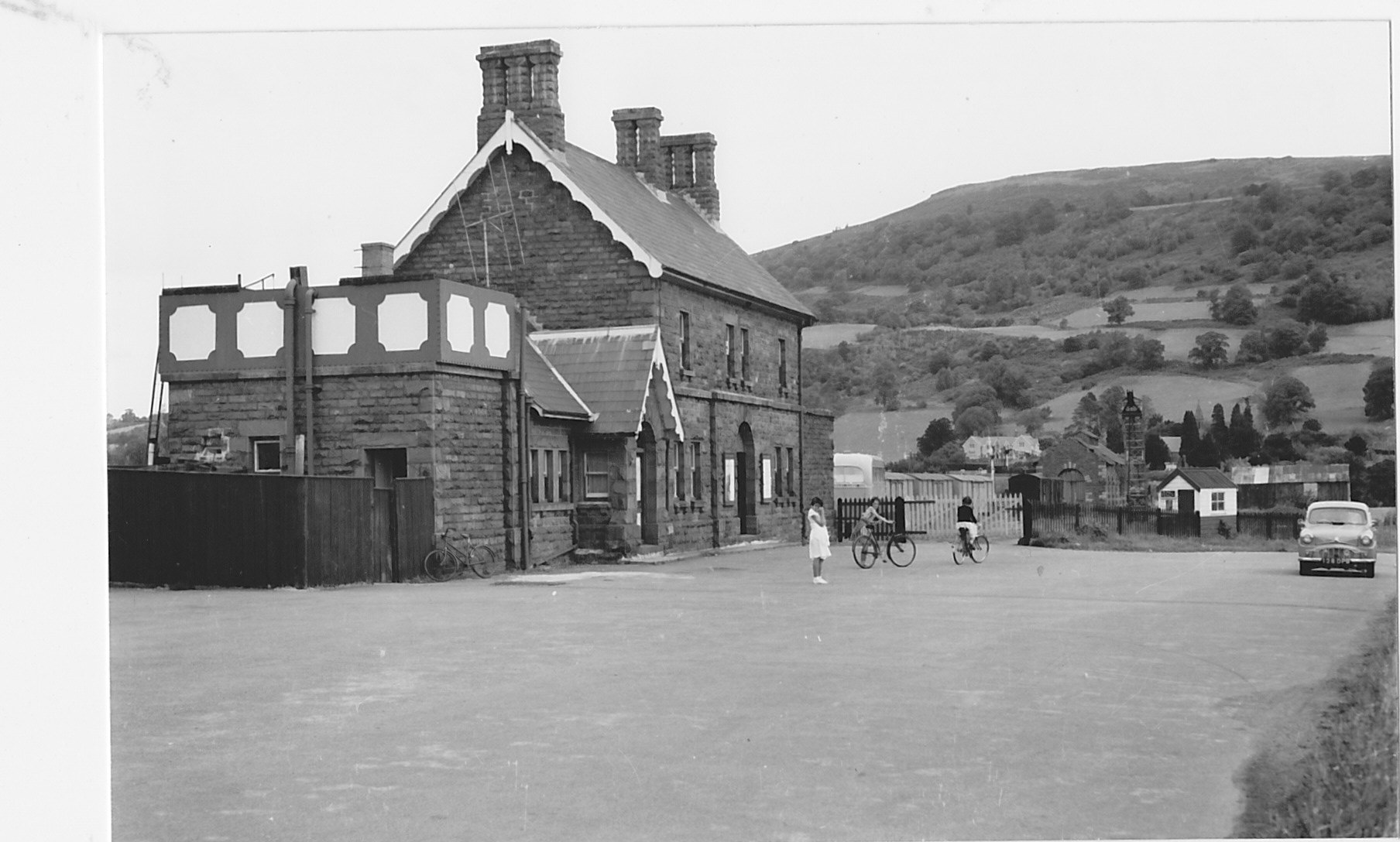 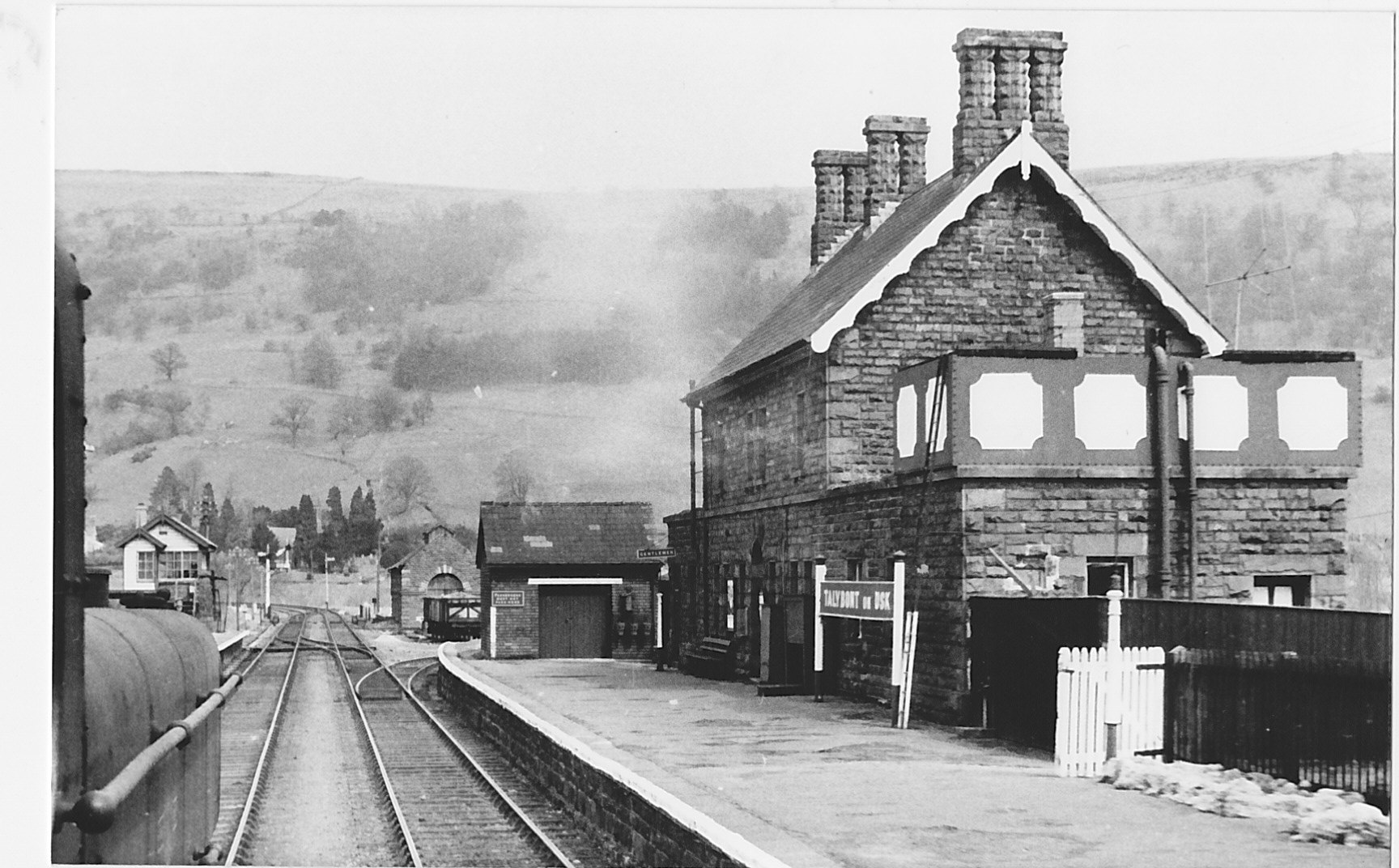 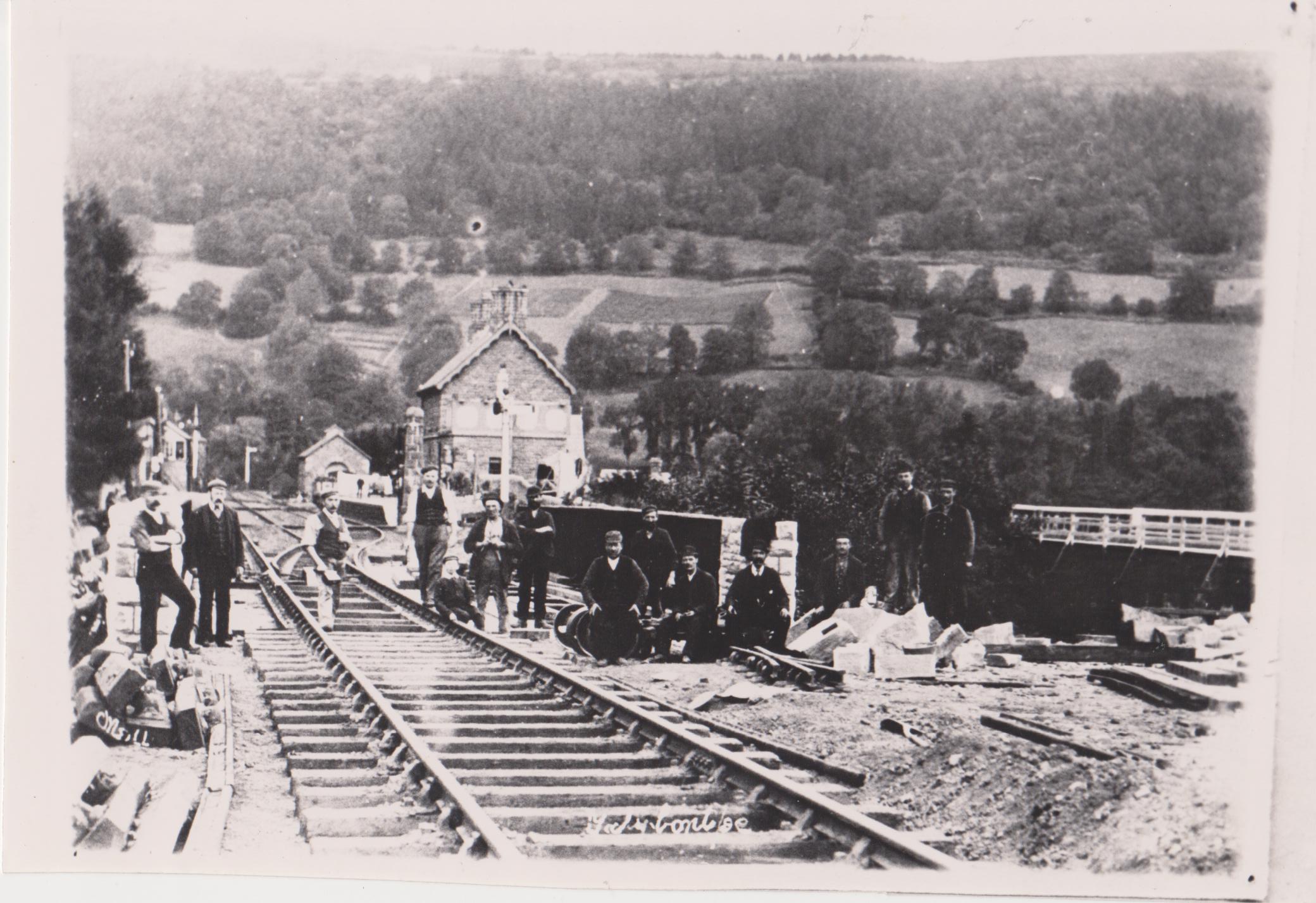 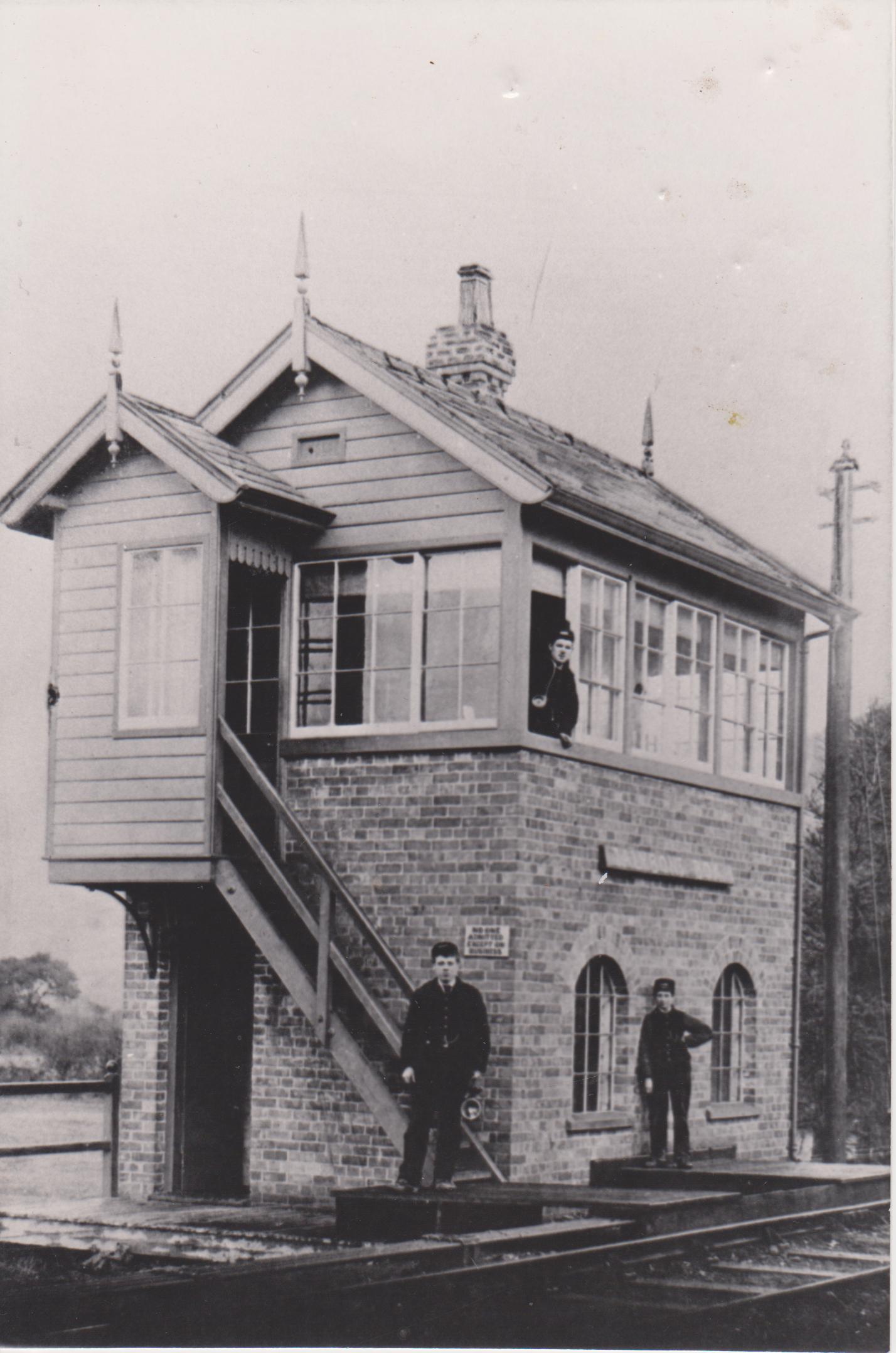 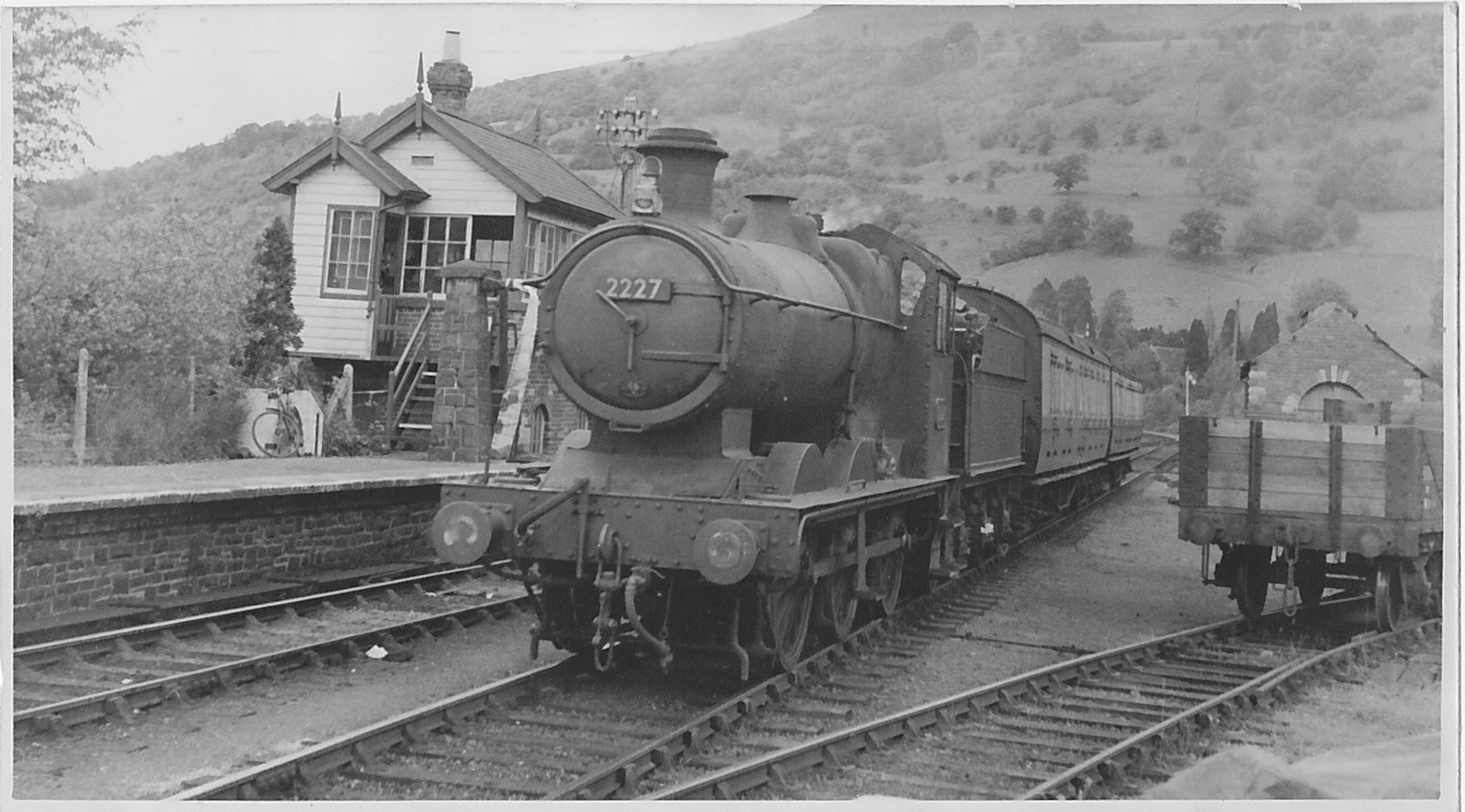 Late in the evening of 2nd December 1878 a train consisting of three locomotives ( Hercules and Atlas in front and Severn at the rear) 22 coal wagons, 3 goods wagons, 11 empties and a brake van ran away down the notorious 7 mile bank descending from Torpantau to Talybont. By the time it reached the village the 400 ton train had far exceeded the regulation 10 mph to possibly 60 mph and came off the track where the line curved at the bridge adjacent to the White Hart. Four men were killed and two seriously injured. 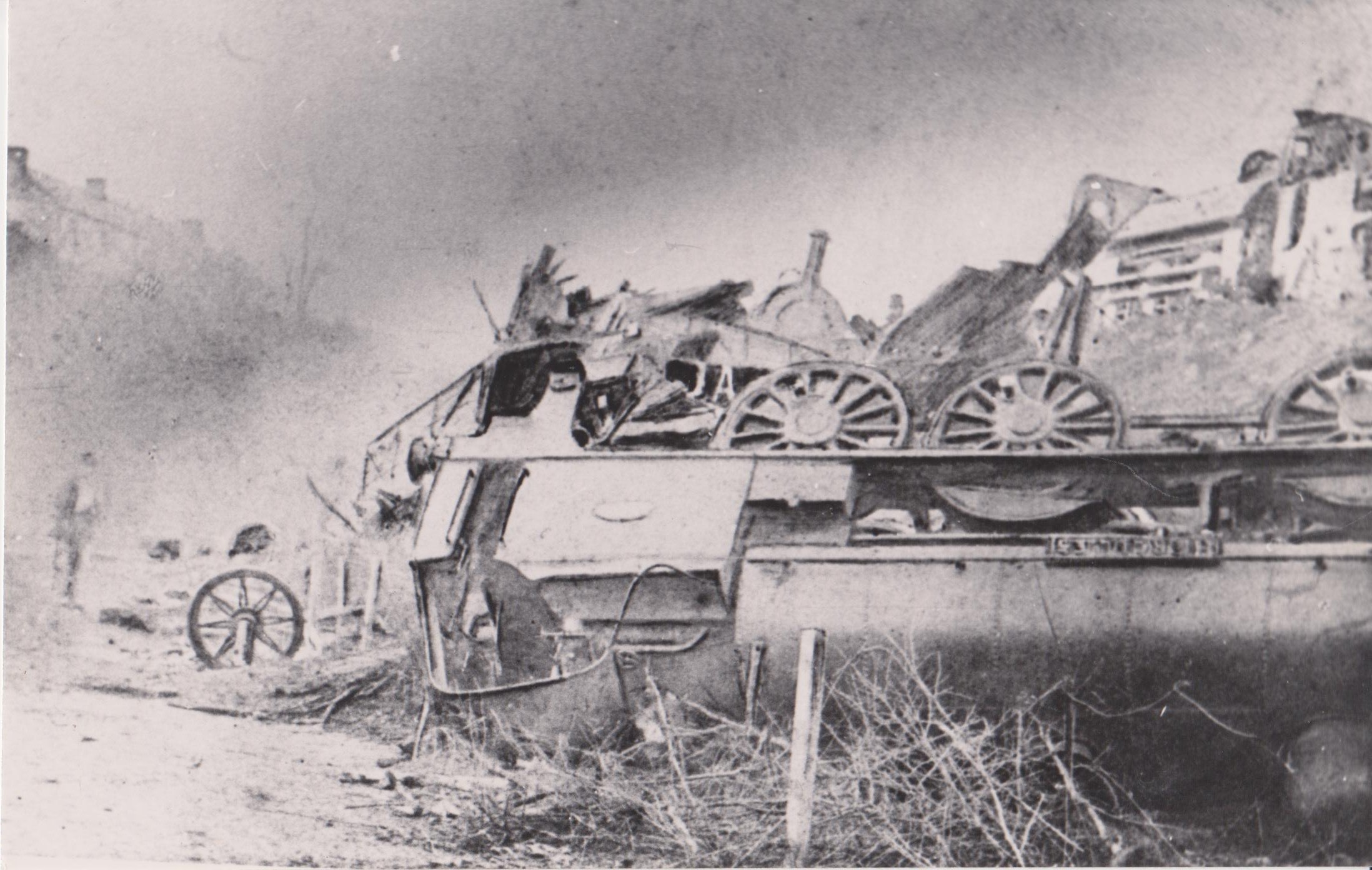 Following a fatal accident a simple operation to prevent runaway trains was devised at this halt half way down the 7 mile bank. A siding was constructed to allow any out of control train to be diverted up a steep gradient thus halting its progress. Three “crows “ on the whistle meant all was well but a prolonged blast demanded diversion. The halt also meant that farmers’ wives in the valley could transport their produce more readily to the highly populated industrial Dowlais and Merthyr areas. The site is now a Royal Navy Outdoor Training Facility. 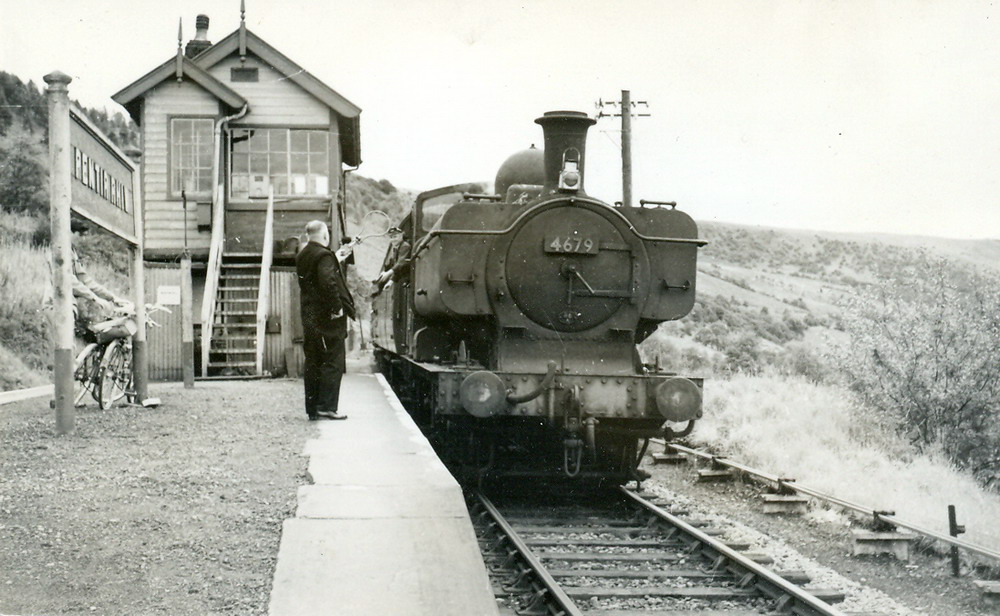 The notorious 7 mile bank rising south from Talybont went through a 667 yard (609m) tunnel to the halt at Torpantau with an altitude of 1313feet (400 metres). Here locomotives were replenished with coal and water and in early years the brakes on goods wagons pegged down for the descent northwards.