A prominent relic from this era is the large standing stone adjacent to Gilestone Farm. A second example exists partially hidden is a hedge behind Llanfeugan church. Their actual age and function have been lost in antiquity. 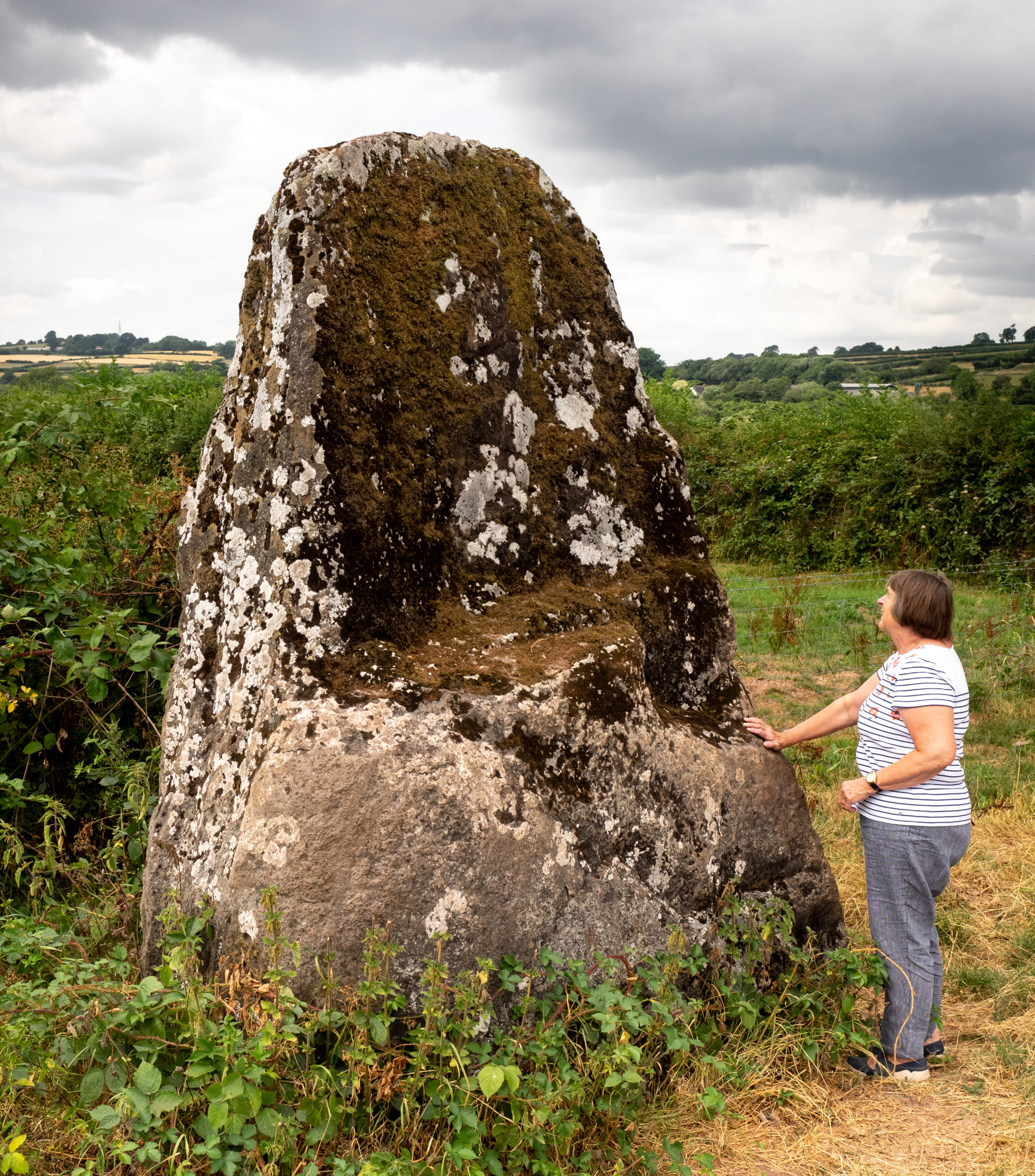 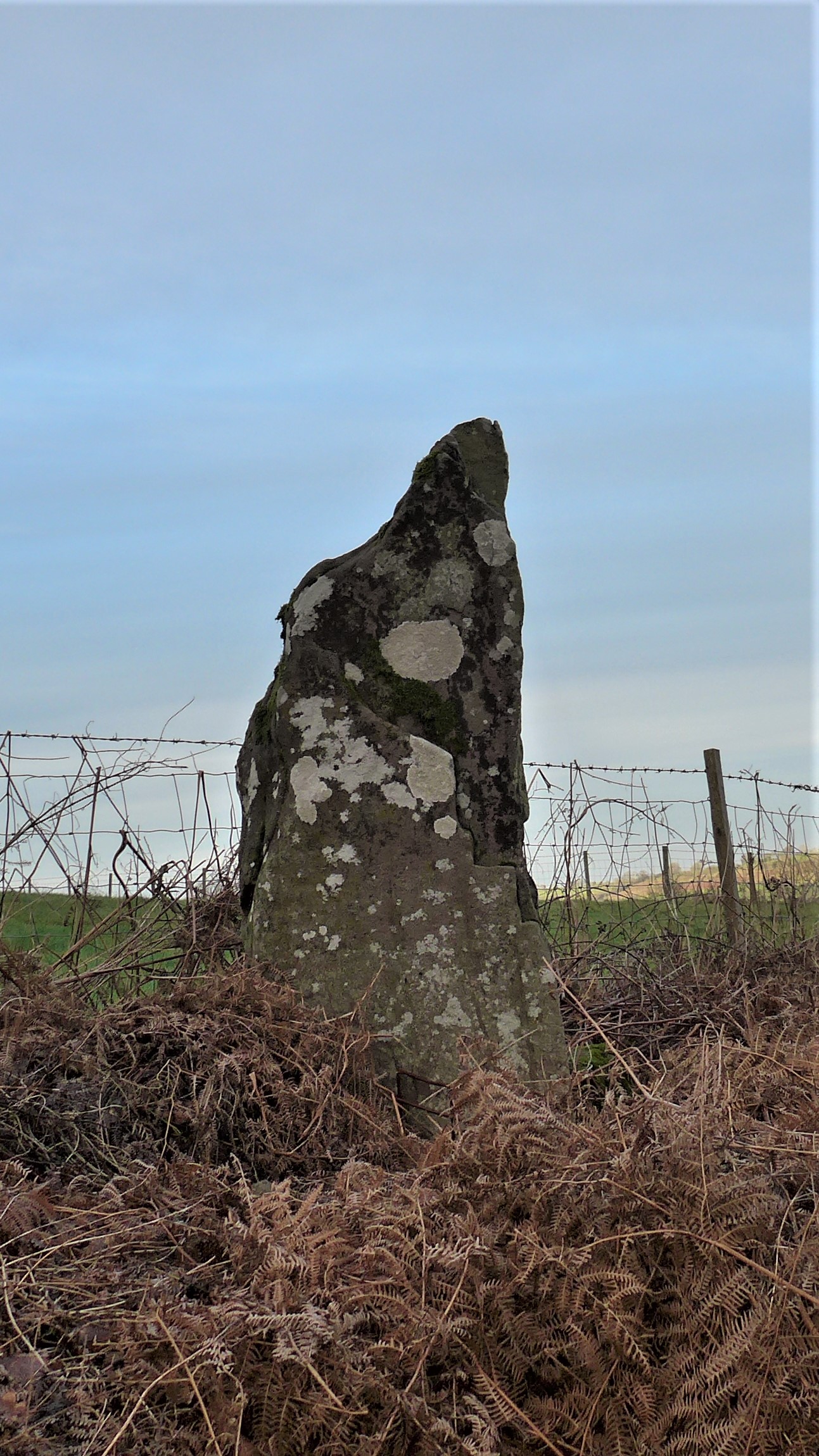 Several stone cairns situated in prominent upland sites once contained the cremated remains of probably important individuals. The ashes were placed in earthenware pots inside a small chamber called a cyst then covered with a mound of stones. Carn Pica above the Talybont reservoir is a typical example where a cairn has been made into a visible small conical structure in recent times. A pile of stones on a high point to the east on the Bryn is a more accessible example. 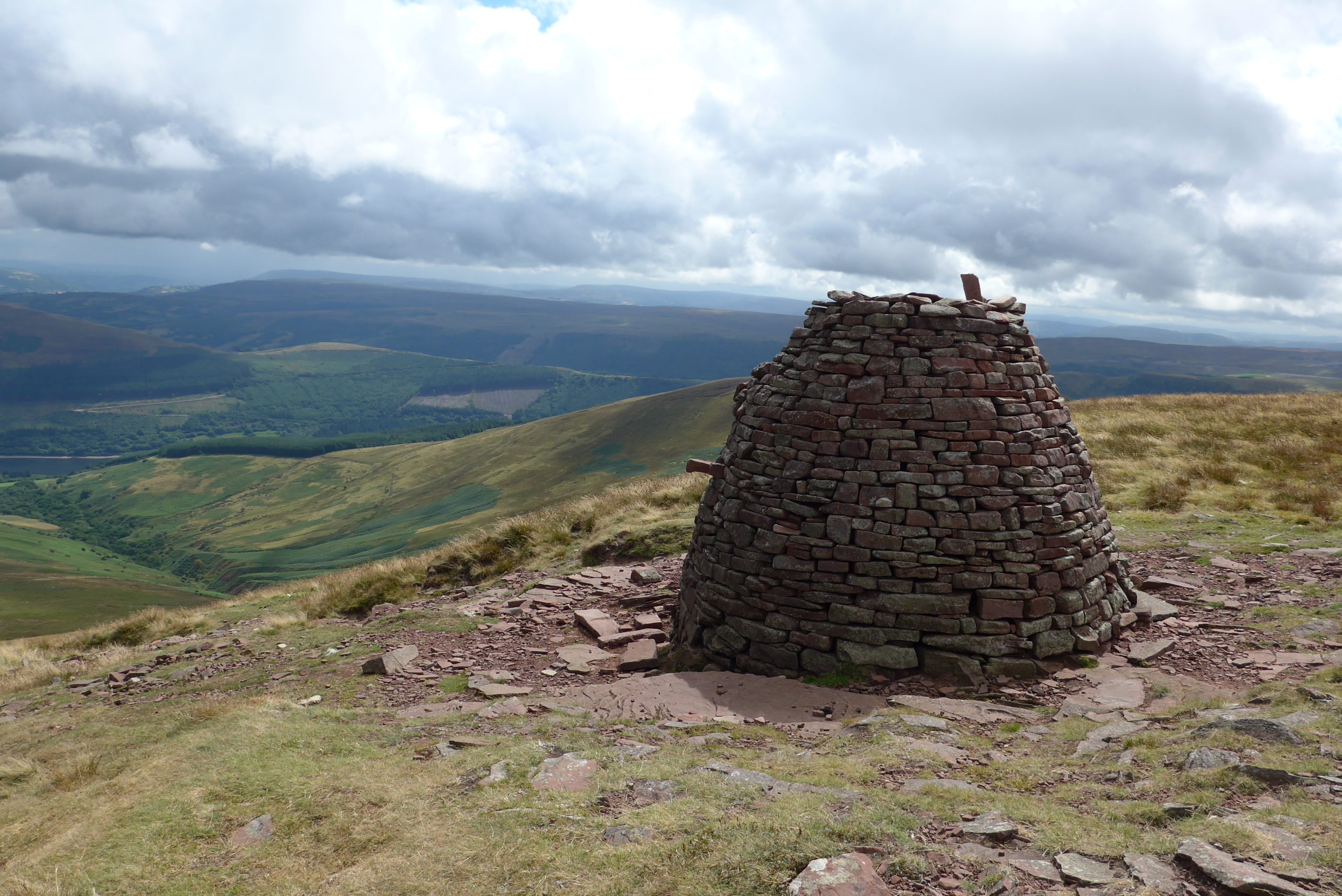 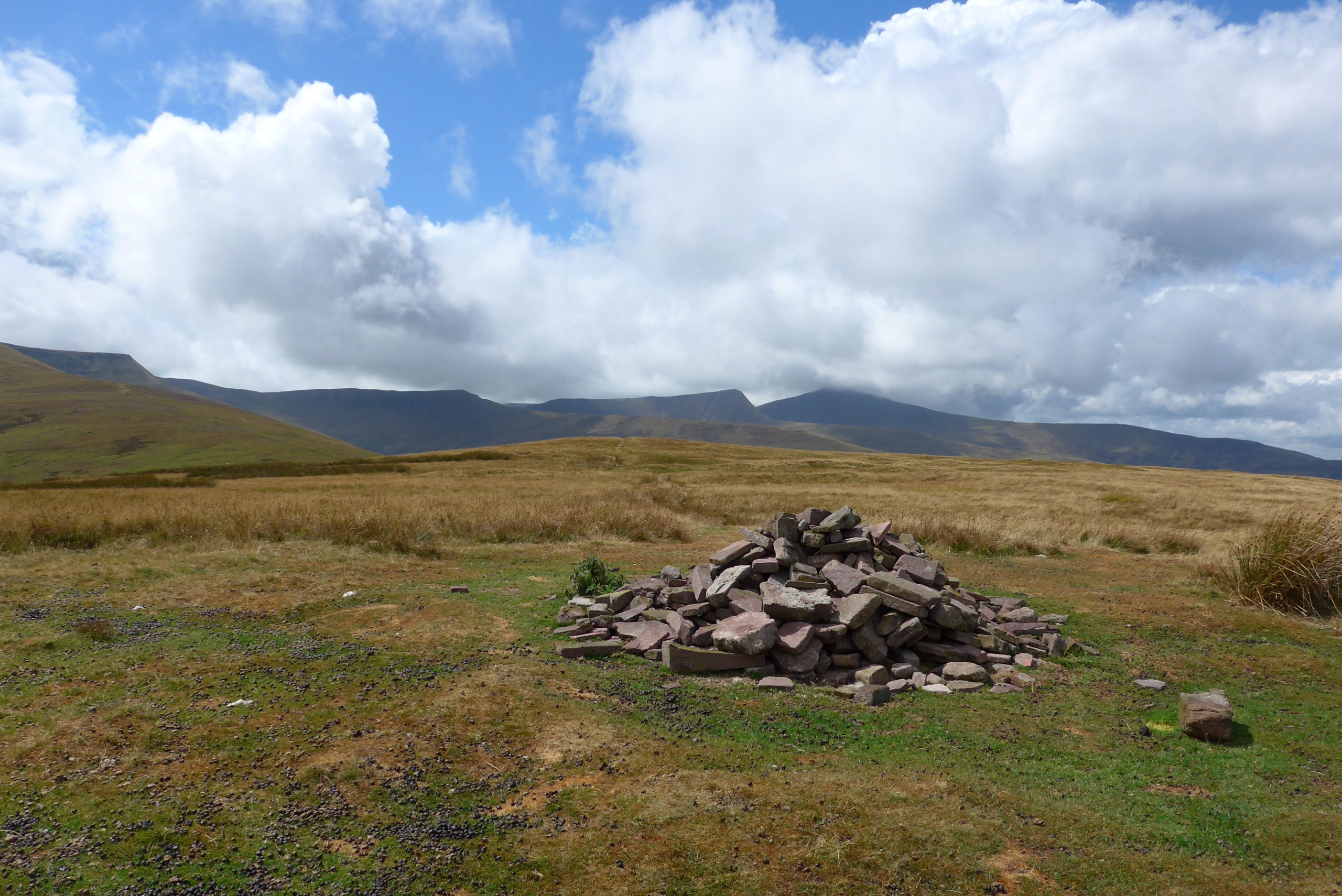 Hill top forts with concentric rings of earthen banks characterise these structures. Local groups of families would have lived securely with their livestock within the ditches and wooden palisades. There is clear evidence of these on top of the Allt yr Esgair and the Wenallt above Talybont. Two further sites have been partially covered by forestry marked  as settlements at Grid References SO/091193 and SO/098217 . 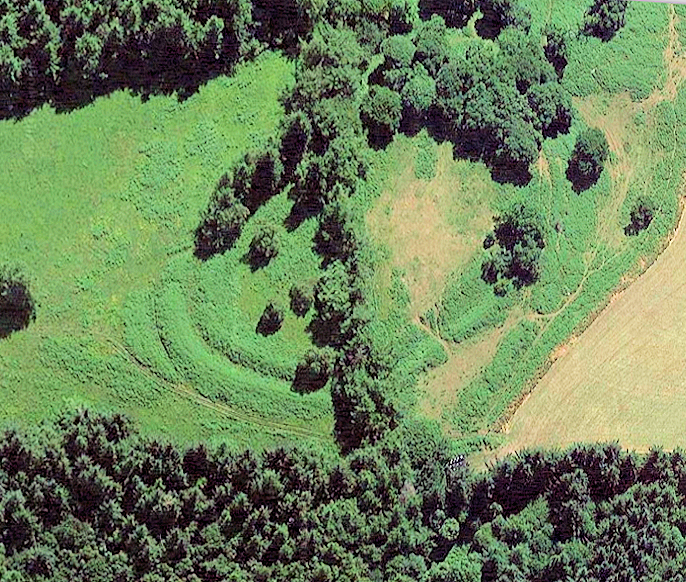 Military roads passed through this immediate area linking the coastal ports, forts, marching camps and the gold mines at Dolau Cothi being part of the Via Juliia Montana which ran from Caerleon to Carmarthen .  It is most unlikely that a section of this Roman road went over the top of the Allt as logically the best way to avoid the steep climb to the summit would be to use one of the still existing lower tracks. The precise route heading west is unclear but it would have reached the present A40 at Llanhamlach where an extensive Roman encampment was located. There is compelling evidence too that the Romans used a route heading north from Cardiff that came down the Caerfanell valley,  past Penrhiw Calch, skirting Toryfoel to the west, and through Maes Mawr to a ford at Llansantffraed. The farm could very readily been a strategic site for a fort. 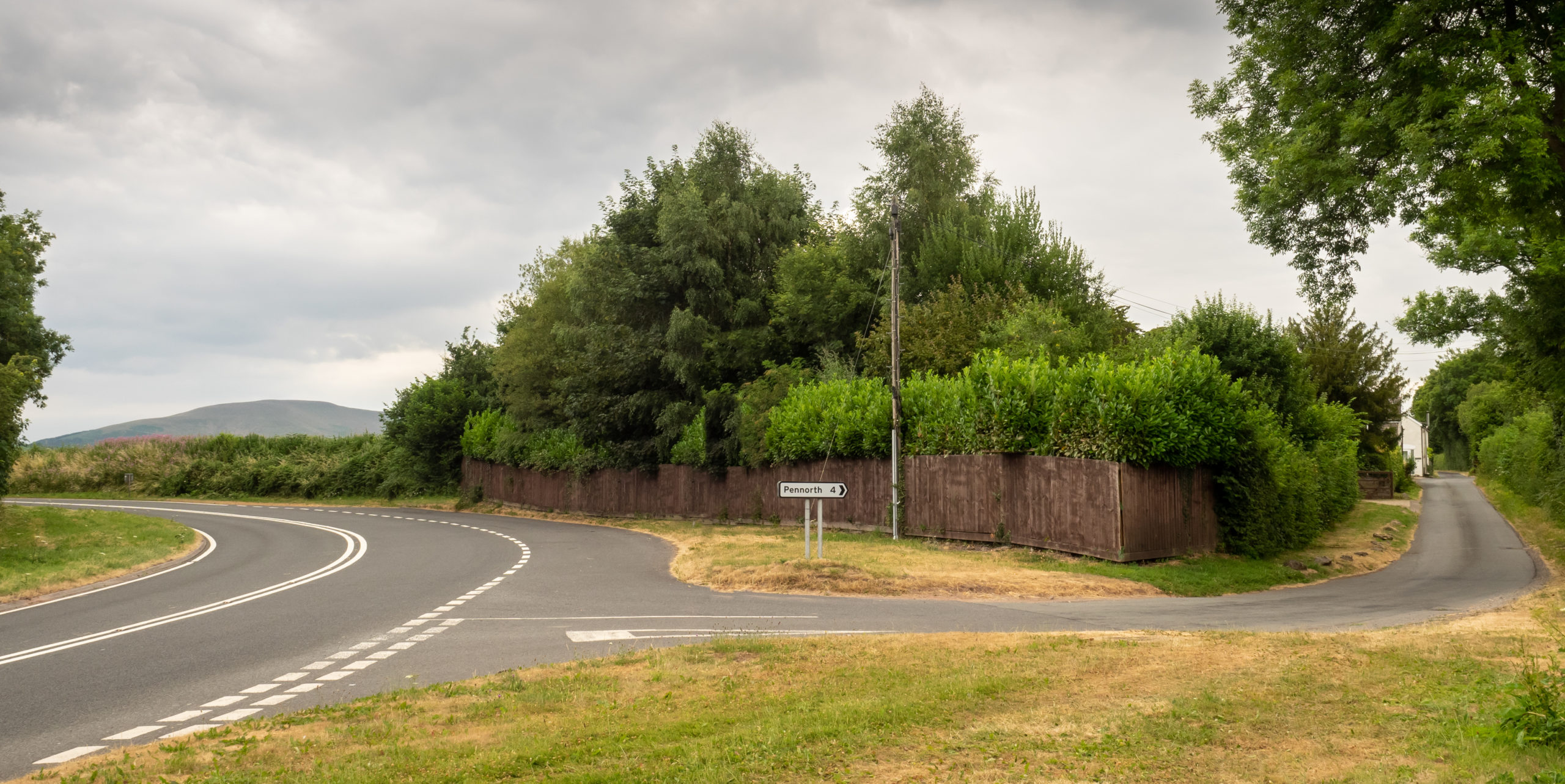 Roman road branching right off the  A40 at Bwlch heading west 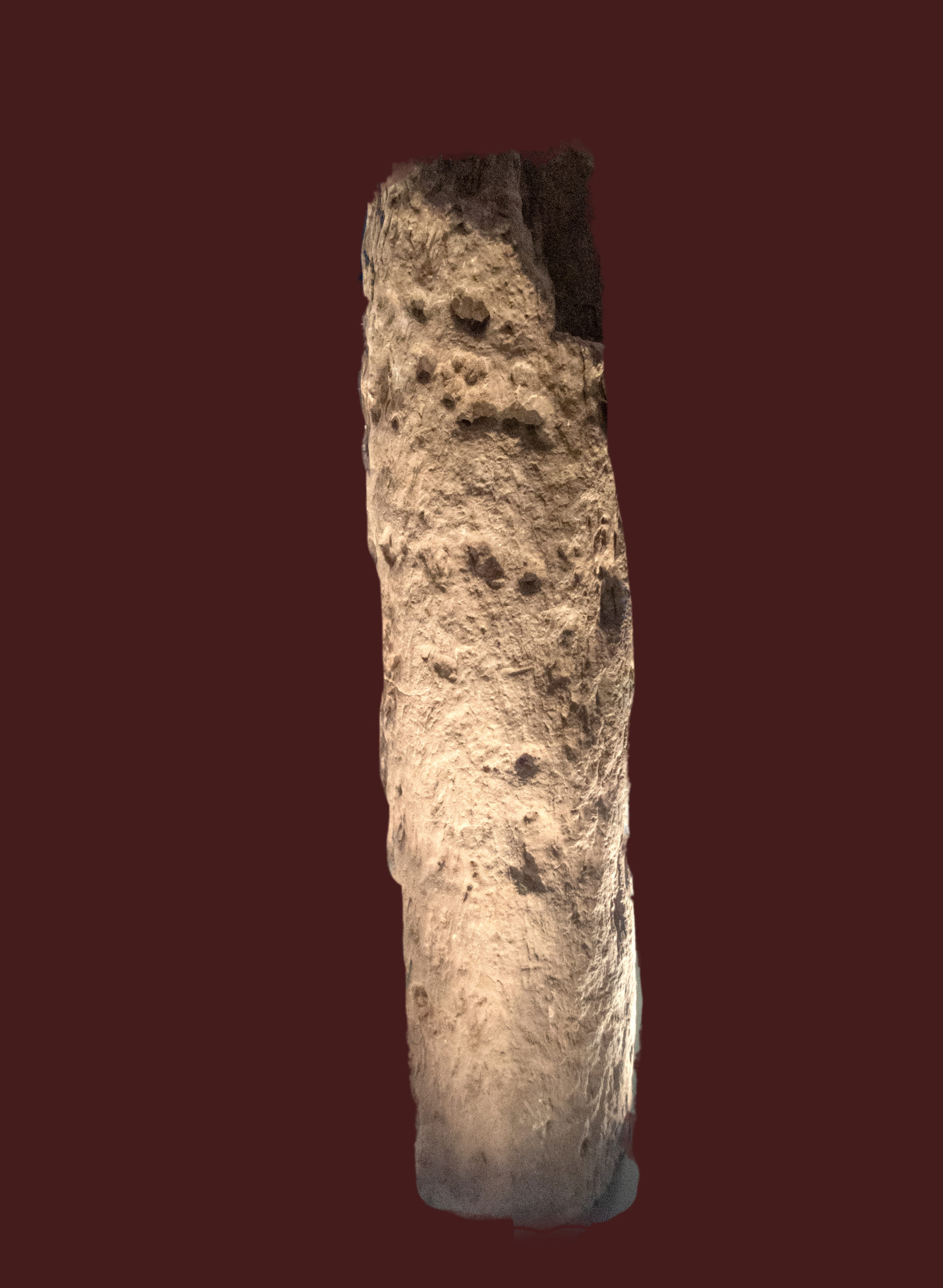 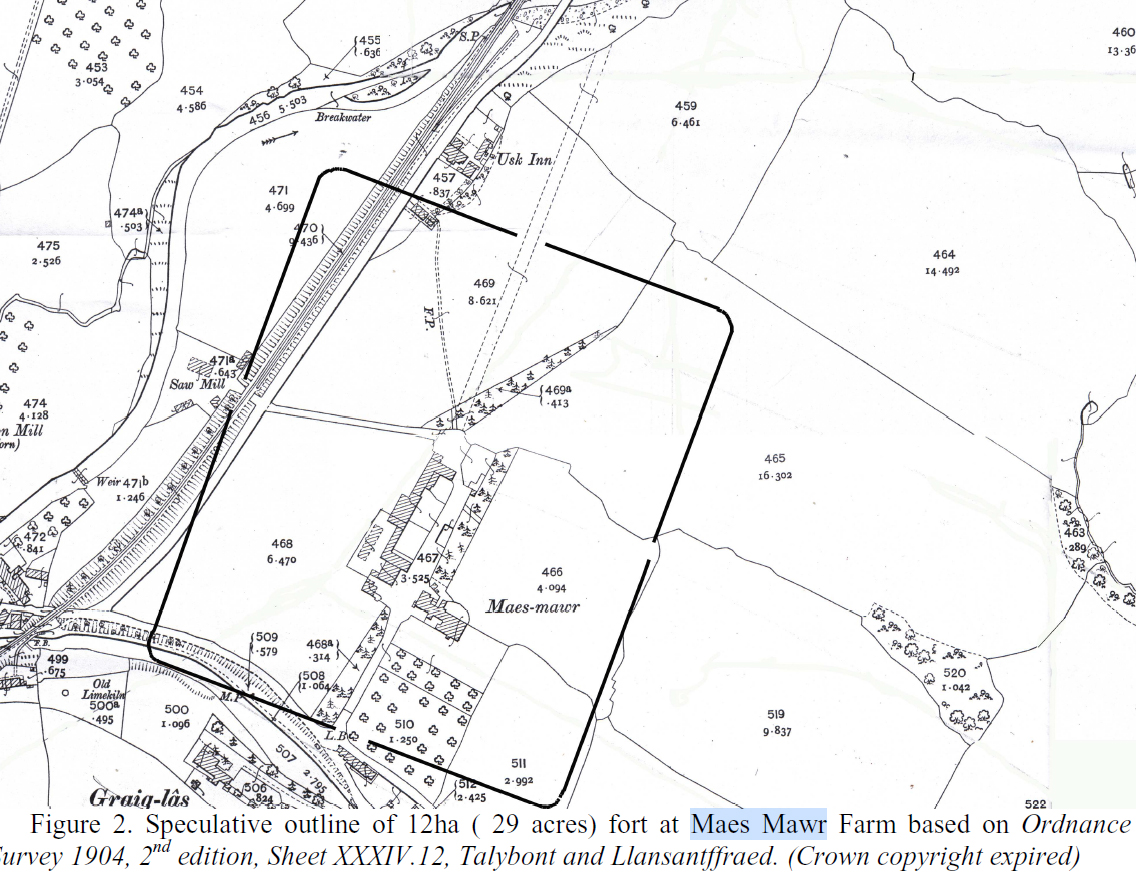 Pencelli Castle was initially built around 1080AD by Bernard de Newnarch as a motte and bailey structure to defend that part of the Usk valley. Over the following centuries it changed hands several times through conflict. Not being built on top of a hill it was hard to defend, especially after gunpowder became widely used, and it fell into disuse in the 14th century. The canal follows part of the original moat. The existing Elizabeth manor house is thought to be part of the chapel of St Leonard which stood within the castle walls. 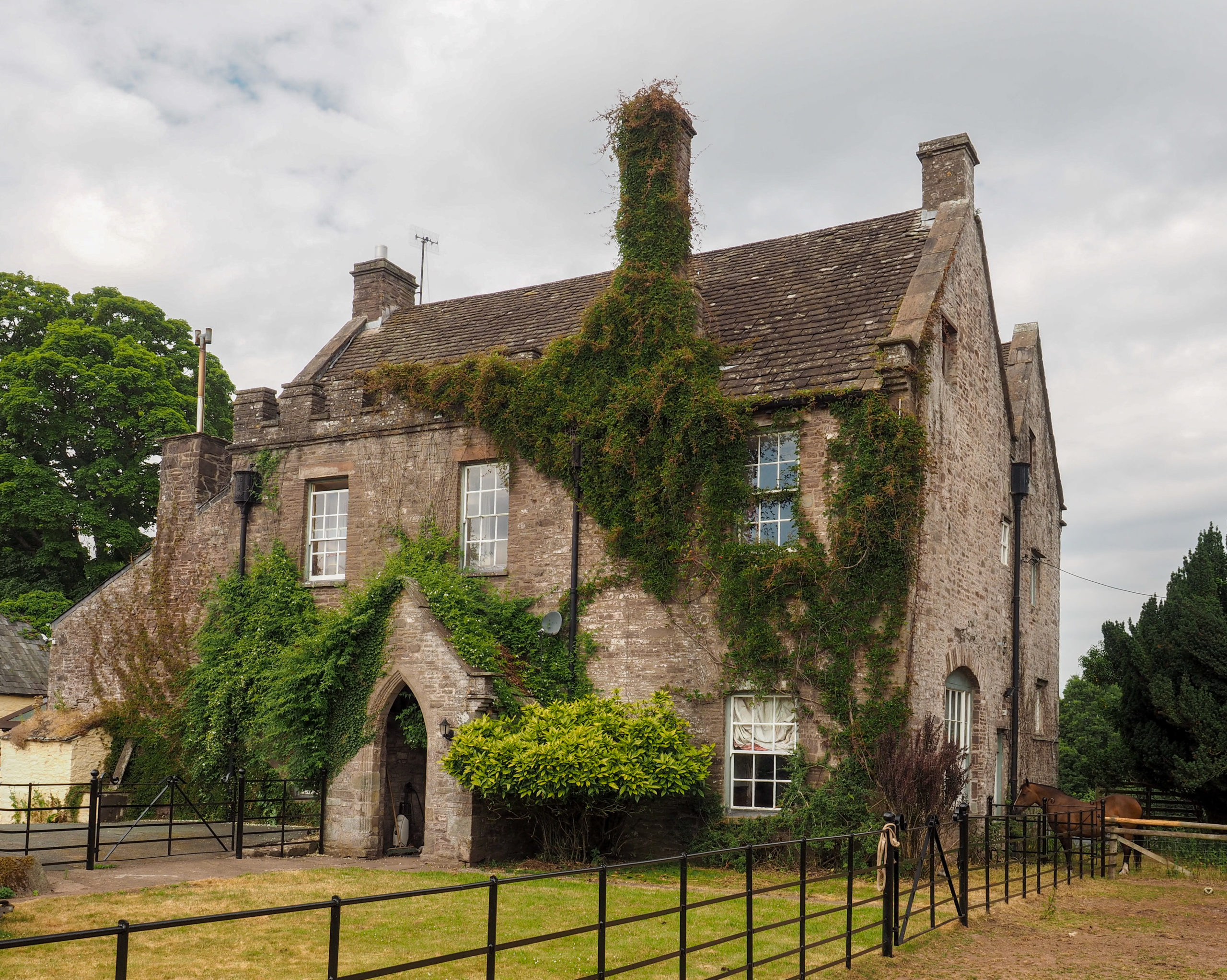 Dating around the C14 with C16 additions it was possibly part of a substantial mansion. It stands on a 1.8 metre mound and the large pond was once part of the course of the Usk. 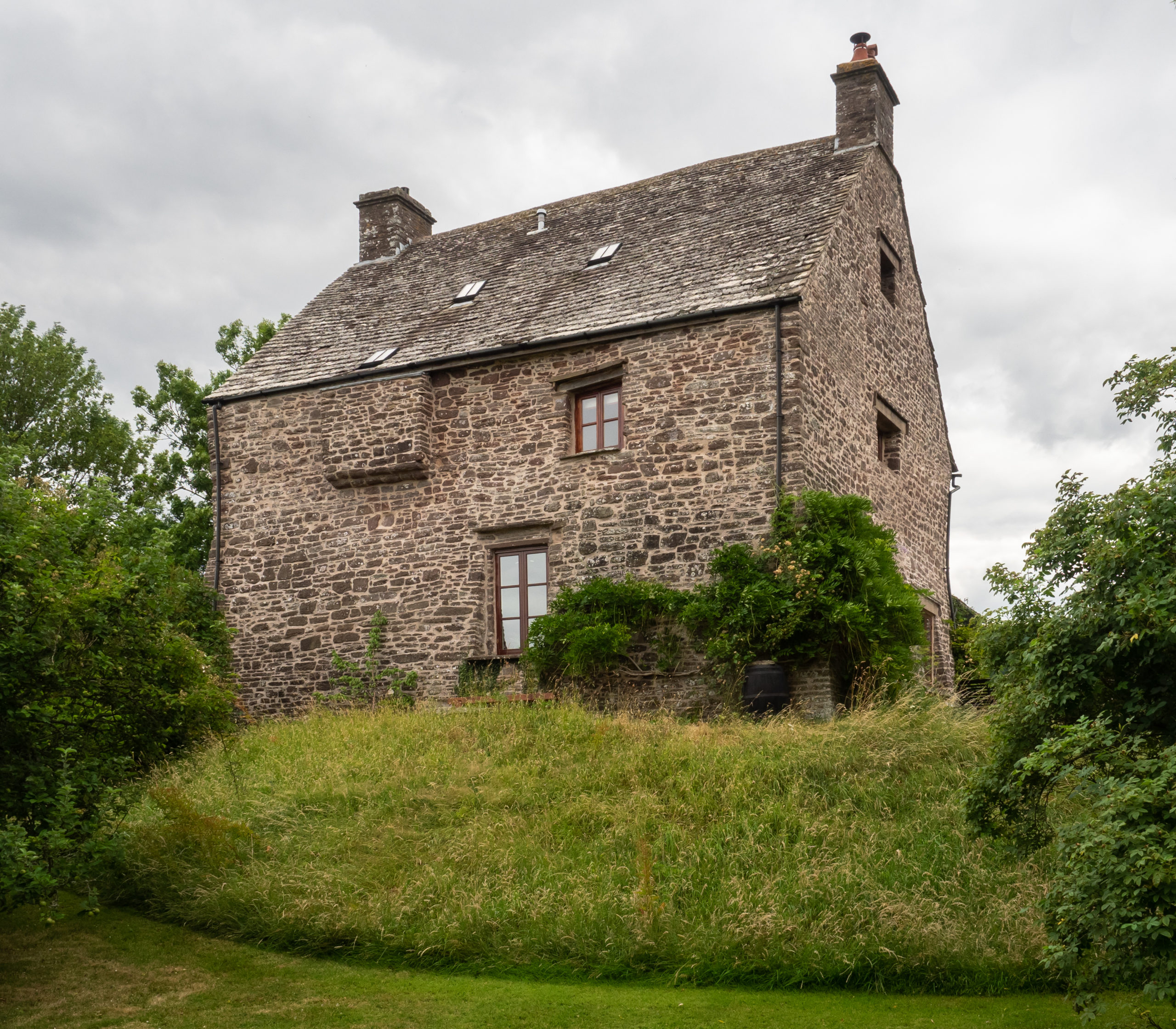